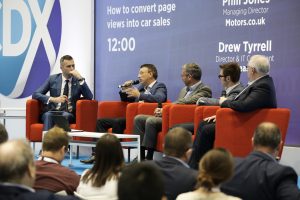 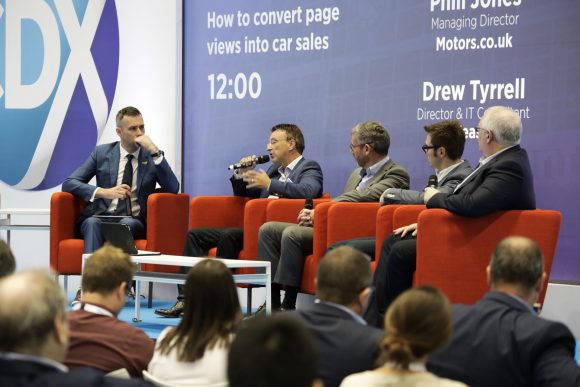 CDX18: The key website features that will help you win more business

CONVERTING internet page views into sales is probably the holy grail of running a car dealership – and CDX today hosted a fascinating discussion on the subject.

Session host James Baggott put the panel on the spot by asking them to identify a single feature a dealer could add to his or her website that would help them win more business.

Jones had no hesitation in answering. He said: ‘It’s probably something that hardly anyone does – which is answer the question ”why buy from us?”

‘Classified sites like Motors will take a large number of cars and homogenise the data, making them look the same. That leaves the consumer to filter through lots of cars, but what we are trying to do now is to give more of a ”dealer story”.’

He explained that such information would be useful to a customer who was a long way down the purchase funnel but needed reassurance that they were buying from the right person.

‘That car that you’re selling, they could probably get from somebody else. They need to be told why they should buy from you.’

Baggott asked: ‘So you’re saying that on every dealer’s web page there should be a little panel about them, as a dealership?’

Asked what format he would choose if he were building a website from scratch, Godbold said mobile was undoubtedly important but that desktop computers still had a part to play.

‘It’s also important to make sure you have a presence across your social media platforms such as Facebook and Twitter as well as look at the architecture of your site,’ he added. ‘Too many sites have stumbling blocks – you need to get to that in-market buyer as quickly as possible.’

Jeff mentioned that there were a few companies in the US supporting dealers with personalised Facebook, Twitter, Instagram and Pinterest pages – and pages on their websites – focusing on the sales staff, giving information about who was on the team.

‘These profile pages for the individual sales people belong to the dealership but it’s a very interesting way to start engaging more in the local area,’ he said.

Tyrrell drew attention to the fact that many dealerships were short of people with the necessary skills to make the most of the internet. The way customers were interacting with dealerships was fundamentally changing, he added, and a lot of training was required.

CDX18: We’re under way in Manchester – and Twitter’s gone mad for it!