Home > News > CDX18: Use the power of Twitter to welcome people to your business 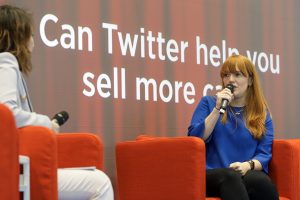 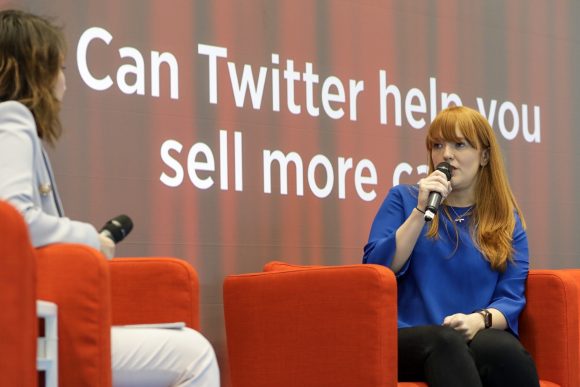 TWITTER is in the strongest place it has been since it was launched 12 years ago – and dealers can use it to help deliver great customer service and boost their businesses.

That’s according to Cheryl Croly, client partner at the social media platform, who appeared on the Car Dealer Live Stage at CDX 2018 today.

Talking to Car Dealer Magazine editor Rebecca Chaplin, Croly said that the average person looked at their phone 110 times a day – and that with this in mind, dealers needed to use Twitter to help deliver great service and show that they are ‘always on’.

She cited Audi as an example of a firm that uses social media to its advantage, sponsoring events such as the Baftas to help keep its brand in front of those all-important consumers.

Croly did sound a note of caution, however, advising users not to overdo it with hashtags, links, pictures and videos.

She emphasised that although you can show your products off on Twitter, the feed moves very quickly and you’ll need to pay close attention to how you’re using the site to stand out from the digital crowd and have your content seen by the right people.

Explaining how the platform had developed in recent years, she said: ‘Twitter has changed quite considerably. We’ve clearly established why people should have Twitter on their phone.

‘Everyone should have it as an app and that is essentially ”what’s happening” – which incidentally are the two words you are presented with when you go to compose a tweet.

‘We have set out our stall to tell people that we are where you can find out what’s happening, whether it’s news, sport, entertainment or what’s going on in your local community.

‘We also have ”in case you missed it” so when you open the app in the morning you will have those accounts that you regularly engage with and interact with – they will be at the top.

‘We also have the explore tabs and the magnifying glass so that it’s much easier for people to search for content or key words. And then we also have the ”Live” element – we had a nine-hour stream of the royal wedding with Sky News, for instance, which was fantastic. Those big events really do play out well on Twitter.

‘All those changes that we’ve made have resulted in being in the strongest place it’s ever been in the 12 years since we’ve started. In the UK, we’re now at 28 million users.

MORE: It’s all systems go for a bigger and better CDX!

MORE: Come to CDX today and tomorrow! What’s happening during the two-day event