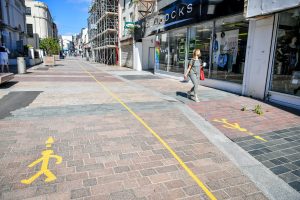 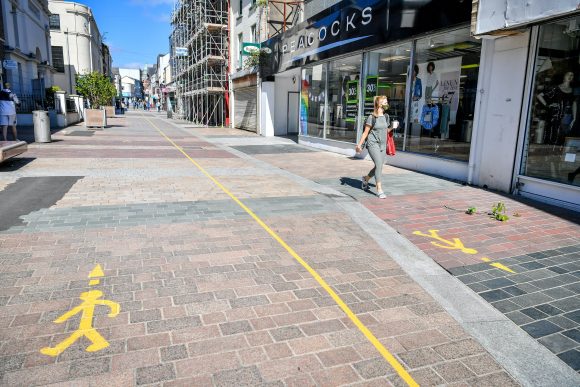 Rishi Sunak is facing calls on all sides to bring in a targeted extension to the furlough scheme to avoid massive job losses.

A report out today (Sep 11) by the cross-party Treasury Select Committee warns of a ‘cliff edge’ looming with the Coronavirus Job Retention Scheme set to end on October 31, with the risk of mass long-term unemployment and hard-hit viable firms put out of business if furlough is ended abruptly.

It also recommends more action to boost consumer spending following the Eat Out To Help Out scheme.

The report, entitled The Challenges of Recovery, was seized on by business leaders, unions and others, with Torsten Bell, chief executive of independent think tank The Resolution Foundation, saying it was imperative that the chancellor rethought plans to phase out support, adding that the report was ‘essential reading for Treasury officials’.

He said: ‘Extending support for the hardest hit sectors of the economy will be essential to limit the rise in unemployment Britain faces in the months ahead.

‘The government will also need to shelve plans to cut back Universal Credit payments to prevent millions of families from suffering a fresh income shock next spring.’

Mike Cherry, chairman of the Federation of Small Businesses, said that policymakers should closely consider a successor to the scheme.

‘The priority should be protecting viable small businesses – and all the jobs they provide – that have been disproportionately impacted by the coronavirus crisis, including those caught by local lockdowns, subject to continued national restrictions, or with staff that have directly suffered because of Covid.’

He added: ‘The government must support those who are being shut down and driven to hardship if we are to successfully beat this virus.’

Unite boss Steve Turner said: ‘Hundreds of thousands of workers could face a desperate future unless the prime minister and chancellor move swiftly to modify the Job Retention Scheme.

‘Surely it is far better to invest in jobs now than allowing unemployment to reach levels not seen since the 1930s, and inevitably felt hardest in the least wealthy towns and cities.

‘Ministers also need to show some political imagination and display a sense of urgency because our great manufacturing sector, which supports hundreds of thousands of jobs right across the economy, is in deadly danger.’

‘The key will be assisting those businesses who, with additional support, can come through the crisis as sustainable enterprises, rather than focusing on those that will unfortunately just not be viable in the changed post-crisis economy.

‘This requires a very difficult set of judgements; it is where careful analysis and creative thinking will be critical.’

Around 9.6 million jobs have been supported by the furlough scheme.

Sunak has previously insisted it won’t be extended, instead putting his faith in his job retention bonus, which gives firms £1,000 per returning furloughed worker.

But the Treasury committee condemned the bonus, saying it was unclear if it was ‘good value for money as it’s not effectively targeted’.

Other recommendations include measures to help small firms pay back loans taken out during the crisis, such as a possible student loans-style repayment system.

Former Labour prime minister and chancellor Gordon Brown also waded into the argument this morning, warning of ‘a tsunami of unemployment’.

He told BBC Radio 4’s Today programme that the Bank of England had to put more focus on dealing with unemployment as a result of Covid-19.

‘I think that there should now be an operational target that interest rates will not rise and stimulus will continue until employment returns to pre-crisis levels.

‘It’s a change. It’s in line with what the Federal Reserve is doing. I think other banks around the world are going to do something similar. And I think the Bank of England, at this point, is, I’m afraid, behind the curve.

‘They have got to send a signal that employment really matters. We are facing a tsunami of unemployment.’