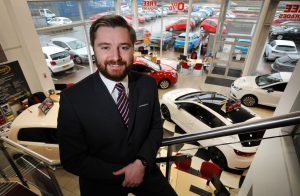 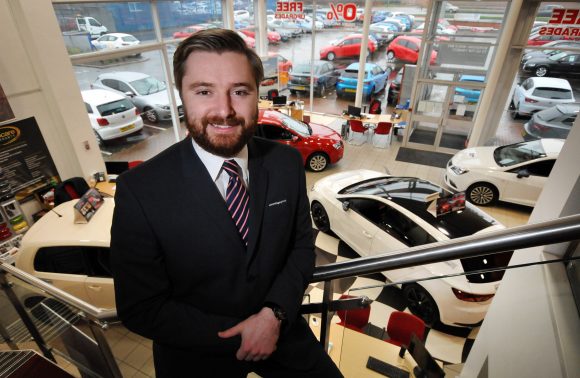 A MEMBER of staff at Jennings Seat has been made sales controller after his second promotion within six months.

Chris Butt, 27, has taken on the senior role at the dealership’s site in Cargo Fleet Lane, Middlesbrough.

It was only six months ago when he received his first promotion to deputy compliance manager. His latest promotion will see him assisting franchise manager Craig Johnson with the day-to-day running of the dealership, overseeing the sales team, contributing towards achieving monthly and quarterly sales objectives, as well as being responsible for customer finance.

Butt, pictured above, said: ‘This is another fantastic opportunity for me and I am absolutely delighted and looking forward to the daily challenges ahead in my new role.’

The sport management graduate started working for the region’s longest-established motor dealer group four years ago when he was taken on as a sales executive, after working as a fitness instructor at a gym.

He added: ‘I was keen to change my career, and having always been attracted to the motor industry, a job in car sales was a natural choice and I haven’t looked back since.’

Johnson said: ‘Over the years, Chris has gained valuable experience and knowledge in both new and used car sales, as well as recently being trained to arrange finance when customers want to buy their car through personal contract purchase.’

Jennings Seat – part of the Jennings Motor Group – offers the entire new model line-up. The site also has a service, MOT and accident repair centre as well as a parts department.