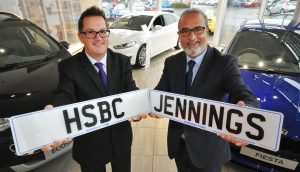 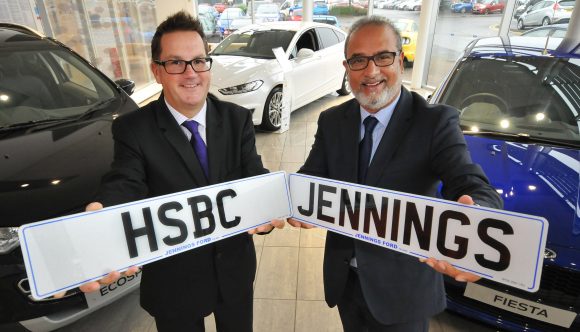 JENNINGS Motor Group is marking four decades of a successful business partnership with its bank.

In 1976, when one of the first Ford Fiesta models was rolling off the production line in Valencia, Spain, Jennings Ford, which is now part of the multi-award-winning Jennings Motor Group, was forging a new business relationship with the Midland Bank – later to become part of HSBC.

Nas Khan, managing director of Jennings Motor Group, said: ‘We are absolutely delighted to be celebrating such a significant business partnership milestone, which all began when we were solely operating as a Ford dealer four decades ago.

‘Over the years, our business relationship and working partnership with HSBC has grown and developed with the expansion of the company, and we can only look forward to continuing to go from strength to strength in years to come.’

In addition to being appointed to handle the general day-to-day finances and banking for the Jennings Ford business, the bank was also responsible for completing one of the first major investment transactions involving the company’s former dealership in Morpeth, Northumberland. 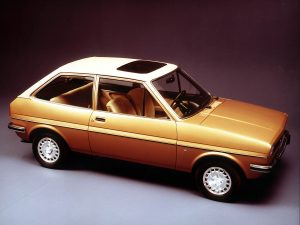 The Jennings business was registered with Companies House in 1912 by Septimus Jennings, and in 1917 the company became one of the first main Ford dealers in the country to be appointed by Ford Motor Company to sell its cars.

In 1992, a management buyout from the third generation of the Jennings family took place and in 2005, Khan was involved in a second buyout, which resulted in him taking over as managing director.

Over the past four decades, the business partnership with the bank has developed as a result of ongoing investment and expansion plans across the north-east of England and West Yorkshire.

Nowadays, Jennings Motor Group is a multi-franchise business, with Ford, Ford Direct, Kia, Mazda, Seat and Mitsubishi dealerships as well as its Used Car Outlet. The company also recently diversified to offer Harley-Davidsons, with dealerships opening in Leeds and Gateshead.

Andrew Blain, area relationship director for HSBC, who has been responsible for all aspects of finance for Jennings Motor Group for the past 10 years, said: ‘Over the past 10 years, HSBC has supported Nas Khan and the rest of the Jennings management team as they have successfully grown their business and diversified their operations.

‘During this time, they have transformed the group into a multi-brand business, operating from a number of locations. We look forward to working alongside Jennings in the future to support its growth ambitions and maximise the opportunities available.’