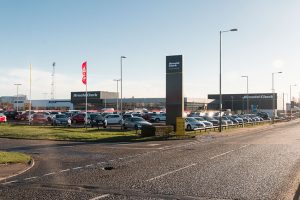 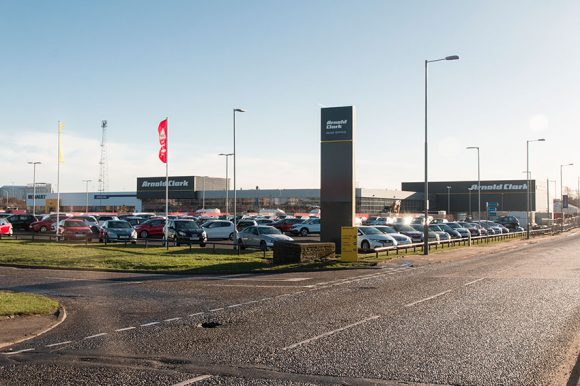 All car dealerships told by the government to shut up shop

All car dealerships in the UK have been ordered to close their doors as part of the government’s ramped-up measures to halt the spread of coronavirus.

Dealer groups – including Arnold Clark, Sytner and Lookers – had already begun to shut up shop, but it’s now been made official, with car showrooms among a long list, issued by the Ministry of Housing, Communities and Local Government, of businesses, premises and places that must now remain closed as of close of trade yesterday (Tues), since they are deemed non-essential. Online retail is, however, still being allowed.

The closures are enforceable by law, and the government has said that it will look at the measures again in three weeks’ time and relax them if possible.

Dealer group Arnold Clark originally said it would be closing its doors on Wednesday, but after Boris Johnson’s televised statement yesterday evening, it said it would be immediately complying with the measure. Lookers said it was closing all of its sites with immediate effect and until further notice.

JCT600 announced online that it was doing the same, as did Sytner Group, and Vertu Motors chief executive Robert Forrester published a message today (24th) saying its dealerships were all closed with immediate effect, although teams would be on site today for a while to make sure that the sites were safe and secure for the duration.

Marshall Motor Group made an announcement to the London Stock Exchange too saying it would be temporarily closing its retail sites in the interests of ‘the nation as a whole’.

It said it believed it was in a strong financial position and could withstand the impact of closures of its dealerships beyond the end of June. It admitted this would have a significant impact on its trading figures, though.

Customers and friends, we have taken the difficult decision to temporarily close our showrooms. If you have an appointment with us or a vehicle on order, please visit https://t.co/LMggKHXRXU for more live info. We are still here if you need us online or over the phone. pic.twitter.com/n5jNHYzvA9

Lookers said that it had become clear in the past 48 hours that maintaining social distancing and working was proving ‘increasingly difficult’.

In a statement, Lookers said: ‘Against this background and with the support of our OEM brand partners, the group is temporarily closing all of its trading locations with immediate effect.

‘This decision has not been taken lightly, however, the board is clear that the priority during these unprecedented times is the safety and welfare of our people and our customers.’

Lookers added that all board members and various members of its senior management team had agreed to pay cuts.

Sytner Group chief executive Darren Edwards said yesterday in a post online that all its businesses would close today (March 24) and only its workshops would remain open until they had completed their work. Once that had been completed, they would close too.

Edwards added that Sytner will be working with its local communities to offer support to frontline workers.

To ensure the safety of our colleagues and customers, we have made the decision to temporarily close our dealerships. You can read the full letter from our Chief Executive below. pic.twitter.com/zxaFaU4Rg5

Arnold Clark – which runs 200 dealerships across the country – said it was taking similar steps to ensure the safety of ‘employees, customers and communities’.

In a message on the dealer group website, the firm said it has taken the decision as the UK prepares for further measures to stop the spread of the pandemic.

The statement said: ‘We have made the decision to temporarily lock down our business as of Wednesday 25th March until at least Monday 13th April, or until any potential government lockdown is lifted.

‘We understand that this is a concerning time for everyone, and as we enter into this unchartered territory, we want to ensure that our customers are provided with as much information as possible and that any questions you may have are answered.’

The dealer group says that all showroom sales will stop today and any new customer in the process of purchasing a vehicle will be contacted.

It added that any vehicle in the workshops will have the work completed by Friday, March 27 and bookings will be rescheduled after April 14.

The statement added: ‘In the coming days, while we work to lock down our sites, increased hygiene and social distancing measures – including a reduction of staffing levels to essential employees – will be introduced across all sites to limit as much customer contact as possible.

‘All employees who can work remotely have been asked to and we continue to ask all vulnerable groups to remain at home in line with government advice.’

The group has also offered to help NHS staff during this difficult time by helping with transport to work. The firm is offering two insured vehicles free of charge to those who need them during this time.

The statement added: ‘As the country pulls together during this anxious time, we aim to continue our support of the heroic work done by our frontline NHS workers.’

In a message to its employees, Arnold Clark said it hoped to resume normal operations as soon as possible and is awaiting further details surrounding the Coronavirus Job Retention Scheme from the government.

Car Dealer will keep you updated as we know more.