Home > News > Dealer interview: The ideas man at the helm of a thriving car city 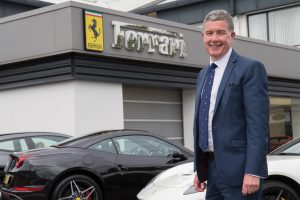 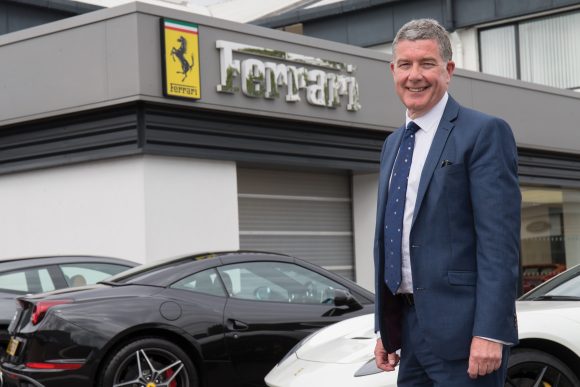 Dealer interview: The ideas man at the helm of a thriving car city

IF there was an award for the nicest man in the car dealer business, Colin McNab would be picking up a very large trophy.

The 58-year-old boss of Charles Hurst – Lookers PLC’s Northern Irish outpost – bursts into infectious laughter as he gives us a tour of the group’s amazing 30-acre Belfast site and it’s easy to see how he’s got so far.

The huge complex he oversees is home to 750 staff working in 16 individual dealerships. It’s more of a car city than a motor park, a place where buyers can choose anything from a Dacia to a Ferrari. 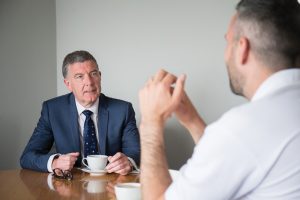 The incredible business is a destination for Northern Irish car buyers, a veritable weekend day trip stopover where pretty much every visitor leaves with a new car.

McNab is the jovial boss leading the group’s ever-expanding site. He started in the workshops as an apprentice but was soon persuaded to try sales instead. It was here he found his forté.

‘I was never bothered about how many cars I sold,’ he tells me. ‘It was more about making the customer enjoy the experience so they would recommend me to someone else. I used to infuriate my fellow salesmen as they could never understand why I wasn’t keeping a close eye on how many cars I was selling – selling cars just sort of happened for me.’

You’d think with this sort of attitude McNab wouldn’t really have what it takes to rise to the top in the car sales business – but nothing could be further from the truth. His positive outlook and wicked way with words captivated his contemporaries and by 25 he was in charge of his very own Renault dealership.

‘When I took it over the site was on its backside,’ says straight-talking McNab. ‘That’s the best time to get involved – you can make a real difference. It had lost money for five years in a row.’

And make a difference he did. Within two years he’d turned the site around to become the most profitable in the group. A successful formula that he would repeat time and time again. 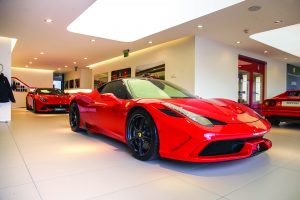 ‘By 29, I was a franchise director,’ he added. ‘I was a shot to nothing for the management at 25, but it paid off for them. I had preconceptions before about what sales was, but because I knew little about it I could do it my own way. It turns out my way worked.’

The tricks McNab honed in that Renault dealership have helped shape his career – and the business he now leads as group operations director.

He’s now in charge of 30 dealerships across Ireland, representing 20 manufacturers, and helps lead a group with an annual turnover of £400m. Charles Hurst is so successful it sells one in five new cars in Northern Ireland.

As McNab walks us around the huge Belfast site, the mix of manufacturers the group represents becomes clear.

Ferrari, Aston Martin, Bentley and Land Rover sit close together in the ‘premium zone’, as McNab likes to call it.

Elsewhere, there’s a Kia showroom, Peugeot, Toyota, Lexus, Nissan and Renault/Dacia sites alongside a clutch of other manufacturers. There’s bikes, too – McNab says he’s just invested £600k in the BMW Mottorad dealership we walk around as he laments the fact it is currently underperforming. 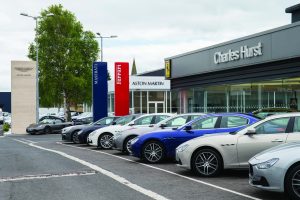 The Yamaha showroom just around the corner, meanwhile, is going great guns. One thing is obvious as we stroll around. McNab doesn’t like failure – or spending too much money. ‘I love doing great things on a budget,’ he says. ‘Our Premium Direct site was put together on a shoestring but performs fantastically.

‘That’s why the BMW bike showroom investment irks – it should be doing better for the money we’ve put in.’

I love McNab’s honesty. I’ve met few dealership bosses who are quite so open and frank. His attention to detail is just as sharp as his cutting remarks about underperforming sites. Every morning he walks the site – no small task when it’s 30 acres – but he pays particular attention to the customer parking zone. We wander through it and I ask who dared clamp his cars?

‘I did,’ he laughs. ‘Any car here longer than a week gets clamped. They’re not customer cars, they’ll belong to one of the dealerships on the site and they shouldn’t be here. The sales manager will be fined and he’ll pass that on to the employee who left it here. I have a big bugbear about customers being able to park.’

As we wander through the car park, I spot at least four cars with metal boots around the wheels. McNab chuckles: ‘It’s obviously not working quite as well as I’d like.’ 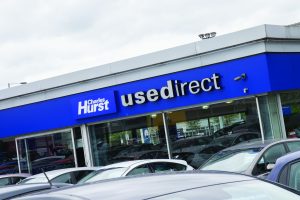 We head to the newly-opened van centre. It sells commercial vehicles from all manufacturers and represents an investment of £200k.

‘Good value when you compare it to the BMW bikes site, isn’t it?’ he laughs. It’s clear McNab’s entrepreneurial spirit runs deep. He’s constantly pointing out new ventures he’s started up, new ideas he has for pieces of land yet to take shape and the next big development in his grand plan.

From the smart repair body shop that’s trebled in size in just three years to the location for a new £7.5m Jaguar Land Rover showroom that the group is about to start work on, McNab’s new projects seem never-ending.

It helps that he’s full of ideas. ‘The driving test centre is just down the road, so I want to start up a driving school,’ he tells me.

‘Think about it. For 10 hours these youngsters are test-driving your car – you’d do anything to get a customer into a test drive usually. It’s worth subsidising their lessons just for the sales opportunities.’ It’s business ideas such as this that have helped Charles Hurst grow. Down the road is one of McNab’s babies – and it’s the one he seems most proud of. It’s called First Time Buyers and only stocks cars worth up to £5,500 and with group three insurance or below. 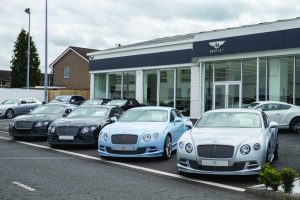 they should buy. I’d obviously say Charles Hurst, but they’d complain there was nowhere to buy from here. I looked at our site and had to agree with them.

‘That’s where the idea for First Time Buyers came from.’

It’s been a roaring success. McNab spent three weeks in the thick of it, selling cars alongside his team when he first started it up, and he soon realised that when he explained that a small deposit and relatively small monthly repayments meant youngsters could afford a car for not much more than they paid for a phone contract, the sales flowed. Now the site sells 900 cars a year.

‘The site has been a huge success, and when you consider it only holds 50-60 cars, the fact it sells 900 a year is a great achievement,’ explains McNab. ‘I found out that 30,000 people pass their test annually – that’s a big market to tap into and one we’ve managed to attract to the business. I’m very proud of that one.’ 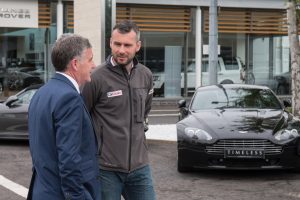 But just as soon as McNab has explained that venture, he’s asking what I think he should do with a large office building that he’s thinking of converting into another bike showroom. ‘It’d be great for used bikes in here, don’t you think?’

Minutes later, he’s asking me what he should do with the old Land Rover showroom when that’s vacated. ‘Would an upmarket café work in here, do you think?’

His enthusiasm and energy are infectious – and it’s clear to see how he’s been such a success. But doesn’t he sometimes wish he’d used his entrepreneurial flair for his own gains?

‘Yeah, sometimes I do,’ he says, gazing into the middle distance. ‘I had the opportunity once. VW offered me the chance to part-own a site and eventually, after seven years, own the whole thing. Many people got very rich doing that, but I turned them down. But what would I do now? I’m not the kind of person to sit back and do nothing. I’ve got the best job in the world – why would I want to give that up?’

After spending five hours in the inspirational leader’s company, I can see what he means.

Luck of the Irish? Not this time – McNab most certainly made his own.