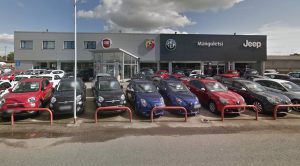 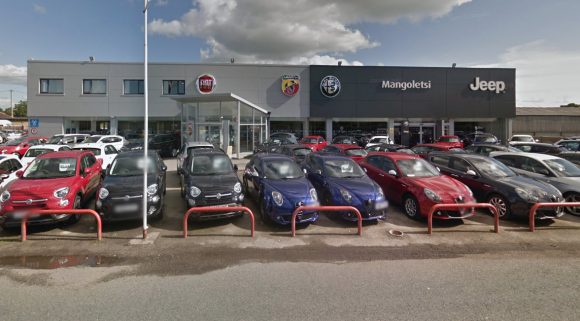 A dealership in Cheshire that has caused a controversy over its lighting is set to fight off objections and win retrospective permission.

Mangoletsi in Allostock carried out work that was deemed to be ‘materially different’ to what was allowed six years ago, according to the Knutsford Guardian.

With most of the work already done, the showroom was forced to submit an application for retrospective approval.

However, despite three objections from the parish council, planning officers have recommended approval when Cheshire West and Chester Council planning committee meets this coming Tuesday (Oct 13).

The parish council says it has ‘serious concerns’ because of how near the showroom is to the people who live nearby.

It states that ‘the lighting is an issue for all the surrounding roads as well as near neighbours.

‘The intrusive lighting and glaring advertisements are inappropriate in the open countryside and the increase in light pollution has a detrimental effect on the area.’

The council adds: ‘It appears that almost all the alterations to this building have been completed before retrospective planning is applied for. Why? In our opinion it should be refused.’

But planning officers have said they don’t believe the work is out of keeping with the character or scale of the business, nor does it detract from the area around it or have ‘a significant adverse impact on the amenities which the nearby residents can reasonably expect to enjoy’.

If permission for the outside staircase as well as canopy plus screen wall is granted, though, the officers say the canopy’s lights must be switched off after hours.

It has been in Allostock for almost 50 years and claims to be the UK’s biggest Alfa Romeo dealership as well as the longest established.