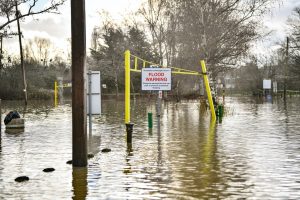 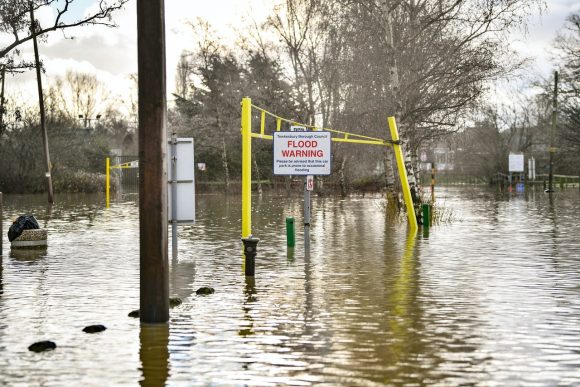 The UK and European Union are on the threshold of striking a post-Brexit trade deal.

An announcement is expected on Christmas Eve (today), but talks were continuing through the night on the details of an agreement.

The development came as Britain and the EU were believed to have made progress on resolving issues including fishing rights and the “level playing field” measures aimed at preventing unfair competition.

A yellow Met Office weather warning for rain stretched from East Anglia, across Leicester, parts of Birmingham and north London, and through to mid-Wales and Cornwall, and remained in place until 2am on Thursday.

The BBC reported the South Wales Fire and Rescue Service received 500 calls for help on Wednesday as the downpours hit many parts of the country.

Northamptonshire Fire and Rescue Service said they had handled more than 250 flood calls, with several properties inundated and multiple people rescued from their stranded vehicles.

Millions more people will be under the toughest coronavirus restrictions from Boxing Day as the UK implemented a travel ban on South Africa amid concerns over another new strain of Covid-19.

Health Secretary Matt Hancock warned the “highly concerning” new variant is believed to be more transmissible than the mutant strain that resulted in the creation of the new Tier 4 restrictions.

It is believed to be behind an increase in cases in South Africa, and has been discovered in two people in the UK thought to be contacts of those who travelled between the two countries in the last few weeks.

50,000 businesses close in Tier 4 and call for more support

Around 50,000 extra businesses will be forced to close under new Tier 4 restrictions, leaving 220,000 non-essential retailers, hairdressers and gyms across the country shuttered from Boxing Day, new data shows.

The latest numbers, from real estate advisor Altus Group, come as businesses and union leaders reacted with dismay to the latest restrictions.

Industry leaders called on the Government to increase support for businesses to avoid a widespread collapse in firms and jobs.

Motor insurance prices have decreased by 2.5 per cent or around £20 on average over the previous six months, analysis has found.

Reduced claims volumes with fewer drivers on the roads have helped to bring down the costs, according to Consumer Intelligence, which released the data.

Across Britain, the average annual premium sits at £816, which is just 1.1per cent lower than a year earlier as prices had been rising before the coronavirus crisis struck.

Thousands of lorry drivers stuck in Dover for fourth night

The Transport Secretary has called for ‘patience’ from thousands of lorry drivers stranded outside the Port of Dover following the French travel ban.

More than 6,000 HGVs are being held in Kent with some faced a fourth night in their cabs since the border was temporarily closed on Sunday night.

Trucks began entering the Eurotunnel again on Wednesday after the French government agreed to allow drivers through provided they had a negative Covid-19 result, but it is feared it could take days to carry out tests on the hauliers.

A spacecraft designed and built in the UK is getting ready for the first of many flybys of Venus as it heads for the Sun in a mission to unlock its secrets.

The Solar Orbiter will use the gravitational force of the planet to bring it closer to the Sun while, at the same time, tilting its orbit to observe the star from a different perspective.

The closest approach will take place at 12.39pm UK time on December 27, when the spacecraft will be around 4,700 miles from the cloud tops of Venus.

Cold comes in for Christmas

Today will be fine and dry for most of the UK, according to the BBC. Some areas in the far north will continue to see snow showers.

In the east there will be thunder showers and tonight it will turn very cold with frosts expected on Christmas morning.