Home > News > Demand for larger luxury cars is on the rise 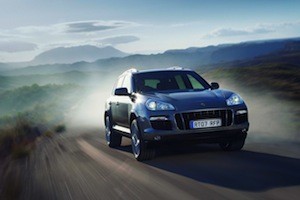 Demand for larger luxury cars is on the rise

THE increasing demand for luxury, executive and 4×4 vehicles suggests an improvement in consumer confidence, according to Auto Trader.

The online car marketplace, www.autotrader.co.uk, found that searches for luxury cars increased by 4.1 per cent in three months from September to November, while executive cars and 4x4s rose by 3.3 and 3.0 per cent respectively.

These figures come from more than 466 million searches made between September and November 2013 and suggest small city cars and MPVs could be falling out of favour in comparison to larger, high-end models.

More than eight per cent of all stock advertised on Auto Trader are 4x4s and a quarter of these are Land Rovers. Meanwhile, the biggest profits come from the Porsche Cayenne, which makes on average more than £5,000 for each model sold.

However, data from Auto Trader also revealed that Cayennes take longer to sell than any other 4×4 on the market at an average of more than 65 days.

Figures show that in November, two of the three models showing the biggest month-on-month gains in total searches were premium 4x4s, the Range Rover Sport and the BMW X5.

Looking at overall volumes, the BMW 3 Series, VW Golf and Ford Focus dominated the top three spots, as they did in each month of 2013.

Jonathan Williams, marketing director at Auto Trader, said: ‘While the rise in 4×4 searches towards the end of the year can be seen as a seasonal phenomenon, the corresponding surge in luxury and executive car searches does suggest consumer confidence has returned to the market.

‘We will continue to monitor and report this interesting economic trend throughout the year.’

He added: ‘Looking ahead in 2014, stock levels for all models under three years old are likely to remain low, following the dip in new car sales during the recession. That means used car prices will remain high for some time as demand continues to outstrip supply.

‘However, the return to new car sales growth last year may ease price pressure as the year progresses and more nearly new stock comes onto the market.’