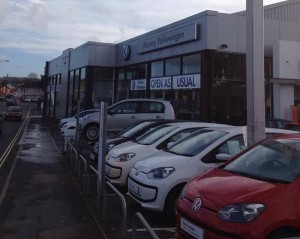 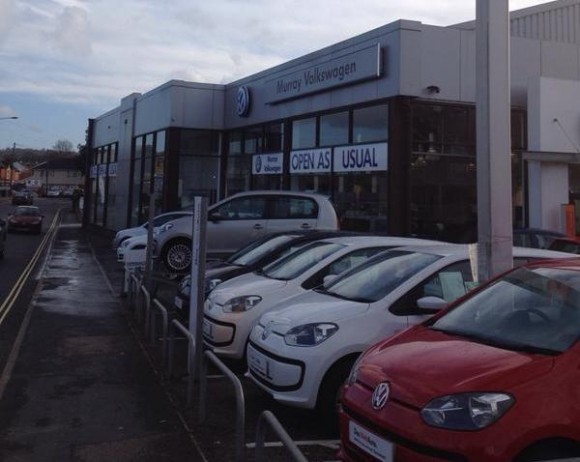 A DEVON dealership has spent £650,000 turning its site into a state-of-the- art digital showroom.

Newton Abbot Volkswagen, part of the Murray Group, has relocated for the time being to a temporary building while development is under way at its permanent premises.

Traffic in the local area was brought to a standstill as the new building was hoisted into place by a crane last week.

Brand manager at Newton Abbot and managing director of the Murray Group Kevin Murray told the Exeter Express and Echo: ‘This is a significant investment by us, with the Volkswagen brand going from strength to strength.’

Murray is also confident this renovation will benefit the community and local economy.

He added: ‘It shows a real commitment to the Newton Abbot business community, as well as being a significant investment in the local economy.

‘I am, however, totally confident that it will all be worth it. The high level of investment shows our commitment to establishing Newton Abbot Volkswagen as a key employer in the area, and to delivering the level of customer service that is expected from such a prestigious brand.’

MORE: It’s no trick – customer gets a treat and wins a new VW Take-up!