THE average price of used diesel cars is continuing to go up, according to Auto Trader.

The September market report from Britain’s largest car marketplace showed that diesel is still the most searched-for fuel type in the UK, with a 55 per cent search share on Auto Trader. 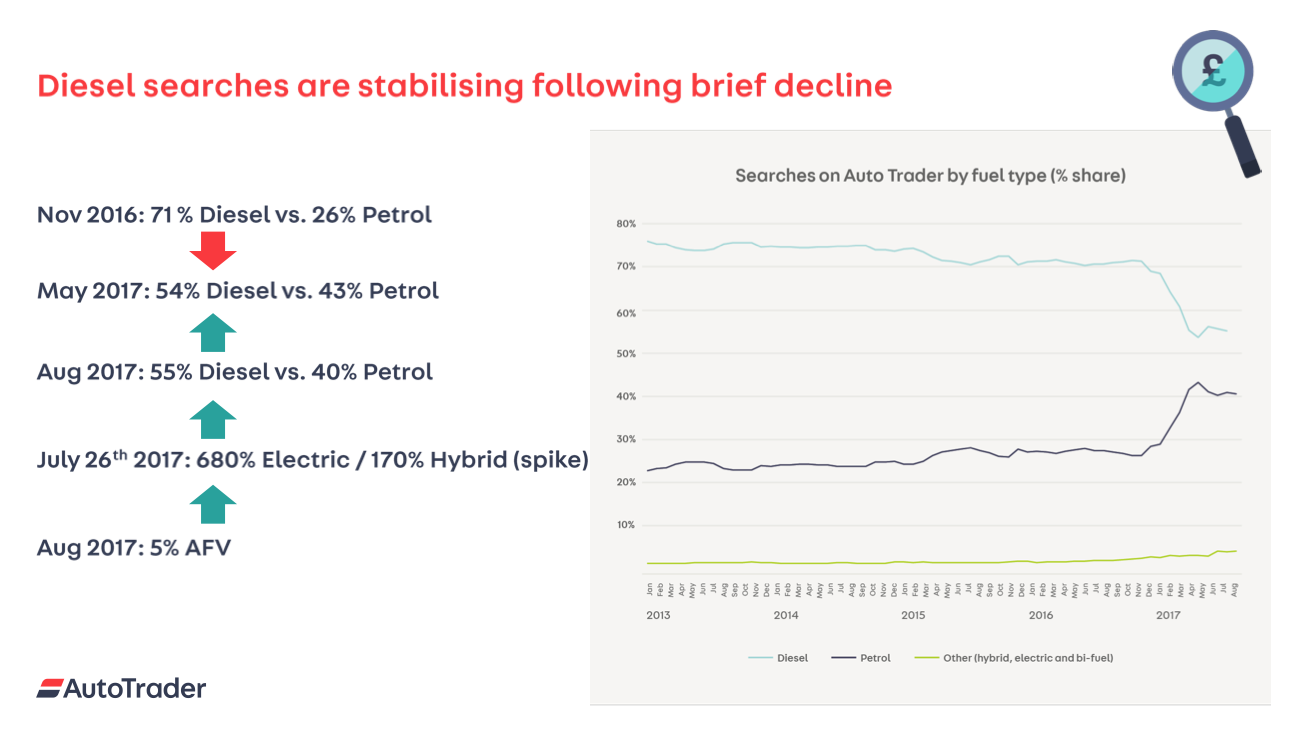 The report, which surveyed 13,000 motorists and used data from the Auto Trader marketplace, is in direct contrast to reports that diesel cars have been losing their value in recent months. The average price of a used diesel car increased by six per cent year-on-year in August. 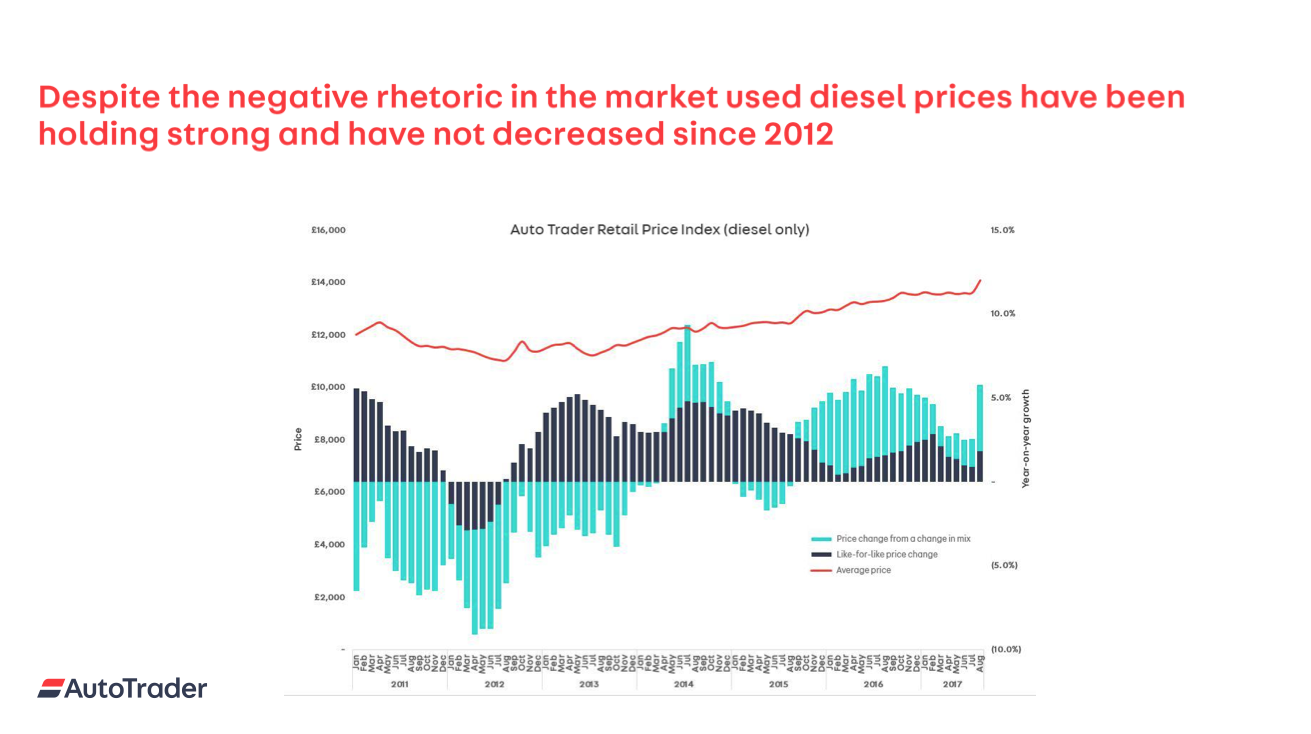 In addition, 47 per cent of people selling a diesel car through the platform said they intended to buy another diesel car as a replacement. 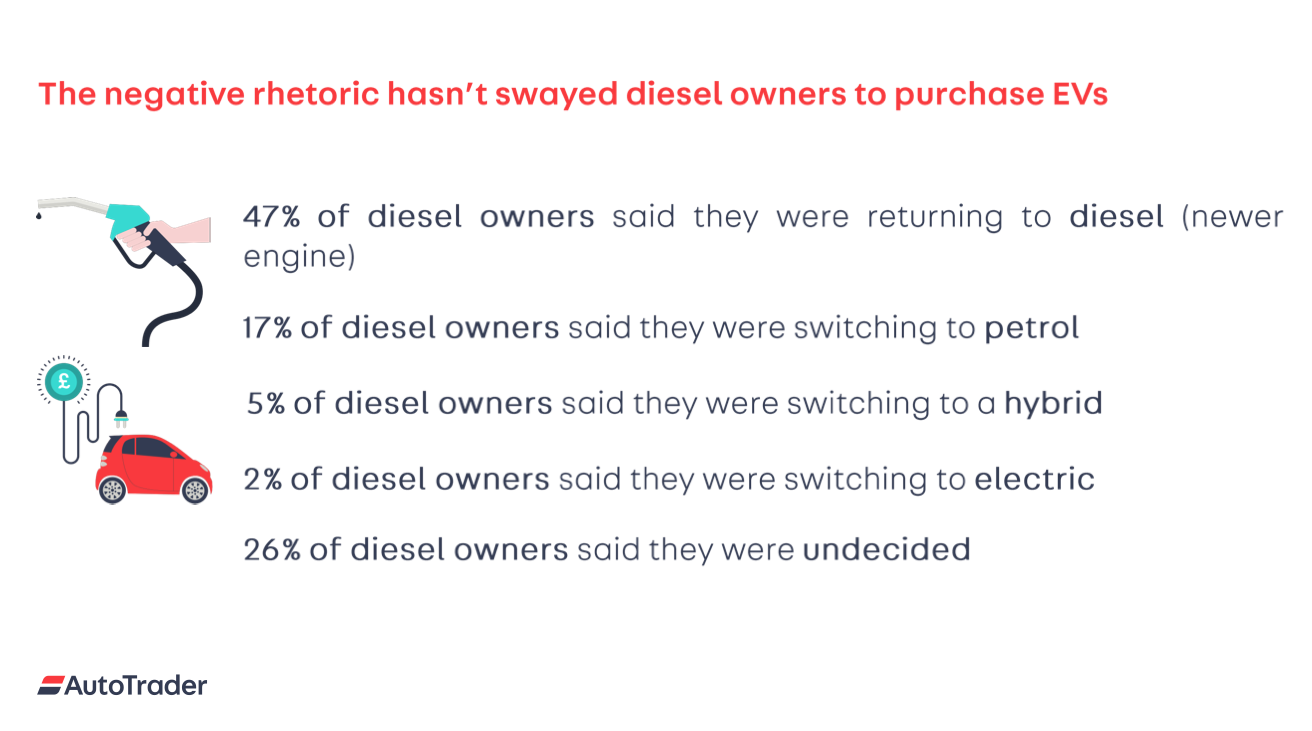 The news comes in the midst of a war on diesel, with governments, organisations and manufacturers denouncing the fuel in favour of hybrids and EVs.

Auto Trader has said that a lack of clarity surrounding the diesel debate hasn’t helped the government’s clean air strategy, as customers are left confused.

Its message to dealers was that they should be driving education for confused car buyers to help them understand the EV market. 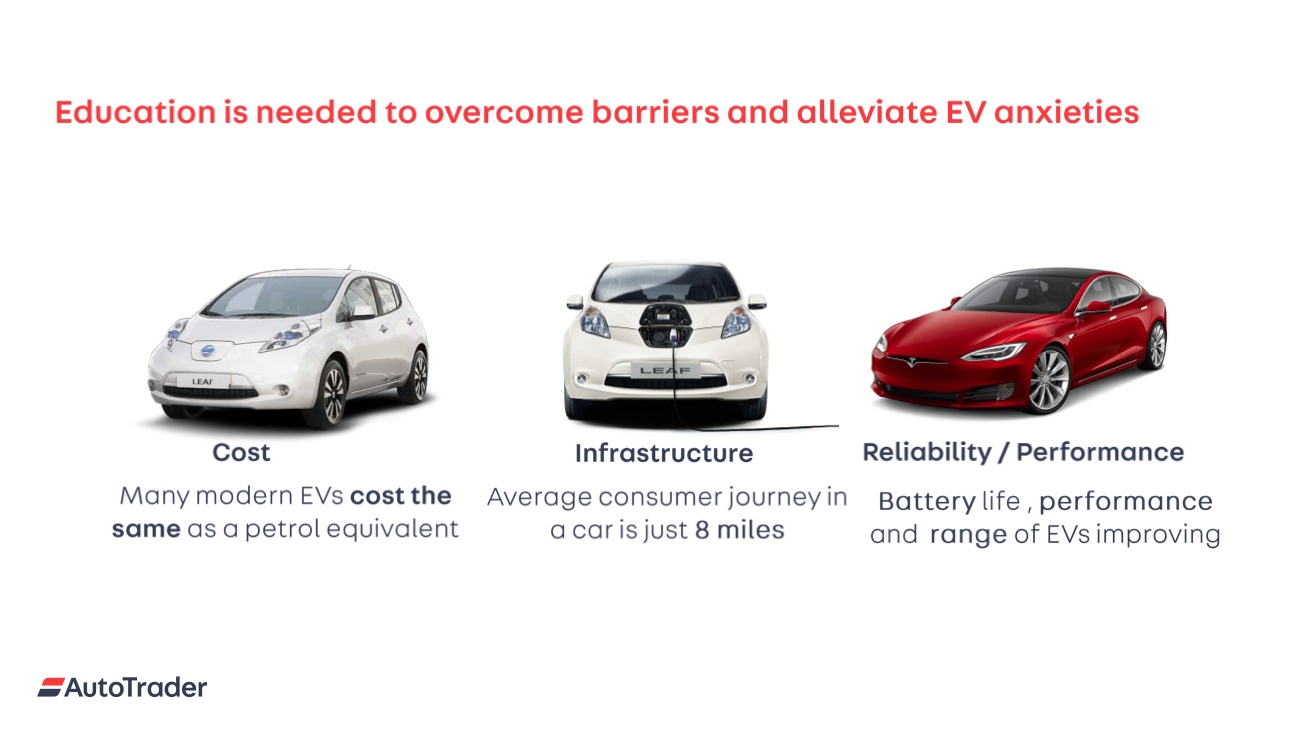 Nathan Coe, chief operating officer of Auto Trader, said: ‘As we can see, the current fuel debate is only serving to confuse car buyers, and dealers must play a role alongside manufacturers in educating and helping them in their car-buying journey – informing consumers of the facts, clarifying the differences between modern Euro 6 vehicles with older diesels, explaining scrappage schemes, and helping alleviate EV anxieties. This will not only help consumers make a purchase that is right for them, but will be a vital contribution in achieving clean air ambitions, as well as supporting a healthy new and used car market.

‘This is another example of just how fast the automotive industry is evolving, and it’s essential dealers adapt their businesses accordingly. While 2040 [when the sale of new petrol and diesel cars is to be banned in the UK] is a long way off, manufacturers have made their level of commitment to electric vehicles clear. This was further reflected in the number of EVs on display at the Frankfurt Motor Show – a strong indication of the direction the industry is heading.

‘As with other aspects of the retail sector, today’s most successful dealers are those that embrace change early. In the coming years, those dealers that offer a range of EVs, employ trained EV technicians, as well as contribute to the national charging infrastructure, will have a clear advantage in what is already a competitive marketplace. Don’t leave your EV strategy too late or risk being left behind.’