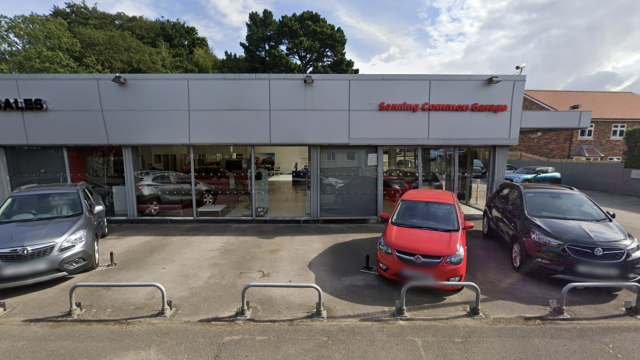 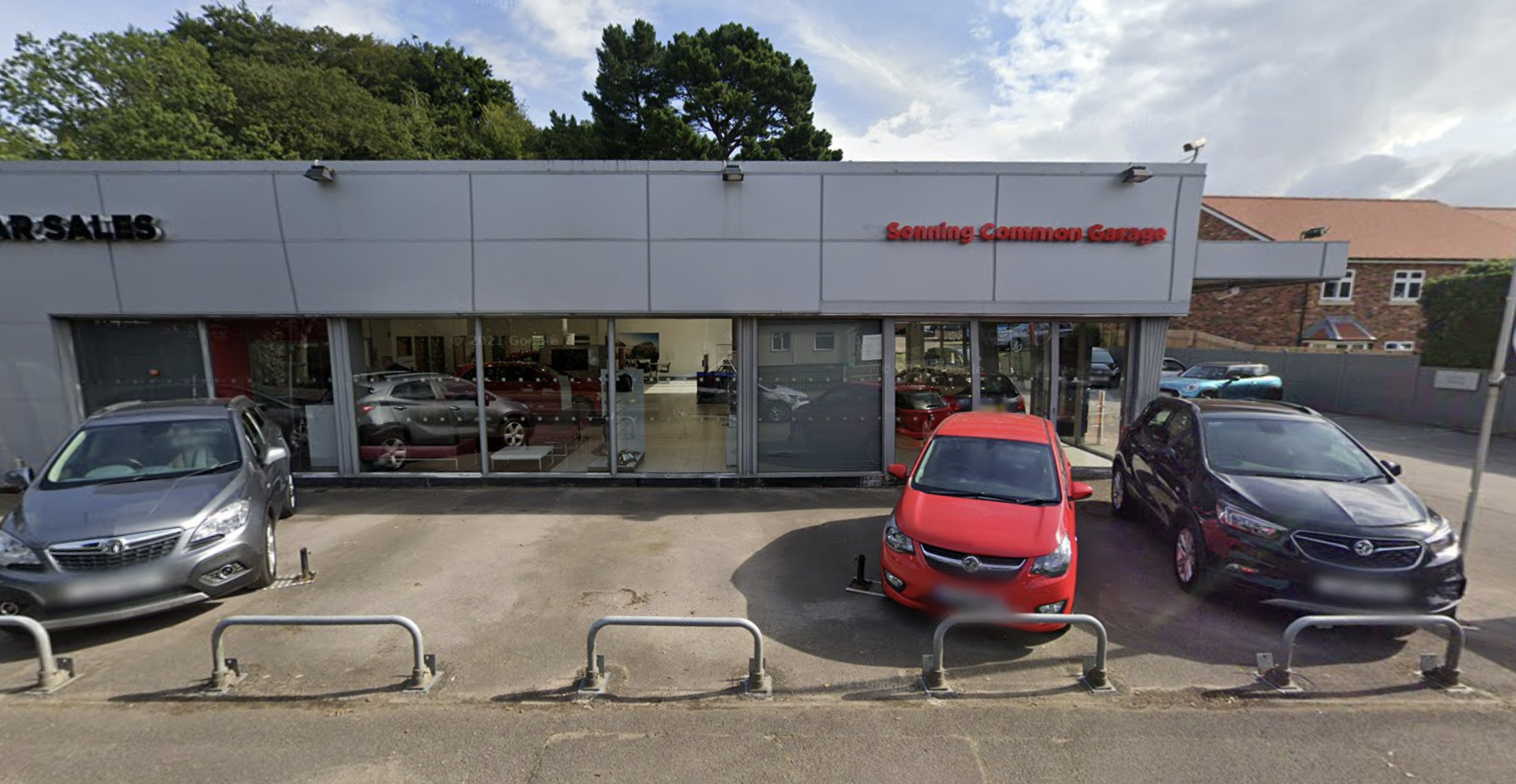 A reckless driver had a miracle escape after walking away unharmed from a dramatic crash at a Vauxhall dealership, which saw two used vehicles damaged.

The incident occurred at Sonning Common Vauxhall in Oxfordshire when a Volkswagen Golf lost control at about 3.30pm on March 26.

The driver careered off the road and smashed his way through several of the dealership’s security posts before hitting two cars for sale.

Amazingly, considering the scale of destruction, the driver was able to get out of the car and did not suffer any injuries.

Paul Mullin, the dealership’s sales director, said it had been a ‘miracle’ that no one was hurt, the Henley Standard reports.

He described how those working at the time heard a loud bang and rushed outside to see what had happened.

He said: ‘I wasn’t there at the time but there were two salespeople. After it happened, I got a call from them asking me to come in. They didn’t see it happen but they did hear one hell of a bang.

‘Thankfully, none of our customers or staff were looking at a car on the forecourt at the time. Everyone was very lucky.

‘It was a miracle no one was hurt. The driver told us what he was doing but what he was really doing was probably slightly different.

‘He has damaged some of our security posts and a couple of our cars.’

Both the Corsa and the Mokka were used cars and the director is unsure of whether they are repairable.

Police attended the scene but the dealership remained trading and enjoyed a successful afternoon.

Mullin added: ‘Both were used cars and I don’t know whether they can be repaired but it will all be in the hands of our insurers and we have to wait to hear from them.

‘The police attended, as did the highways authority, as the car knocked over the village library sign and a telegraph pole.

‘One of our customers, who couldn’t get on the forecourt because of all the debris, parked over the road and we actually sold them a car while the investigation was going on.

‘That evening we removed the damaged cars and cleared up all the debris from the forecourt and we traded as normal the next day.’