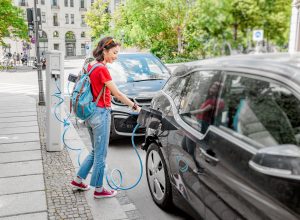 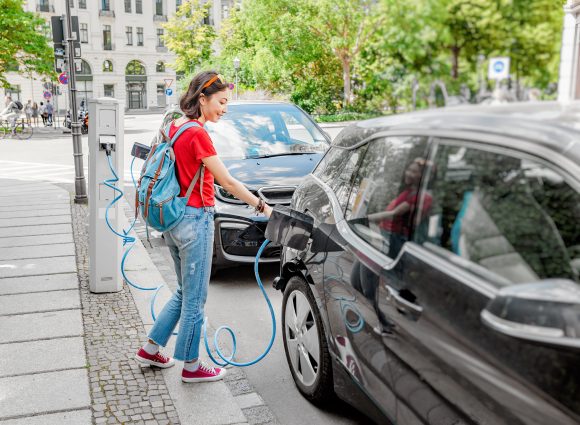 An electric car needs to be driven nearly 50,000 miles before it matches the carbon footprint of a petrol car because of the amount of energy used in its production, new research has claimed.

Commissioned by Honda, McLaren, Aston Martin and Bosch – and reported by The Times and the Daily Telegraph – the research calls for better transparency over the environmental impact of building electric vehicles.

It claims the production of electric cars generates high levels of greenhouse gasses, particularly the making of battery packs.

The report says production of the all-electric Polestar 2 makes 24 tonnes of CO2, while a petrol-engined Volvo XC40 makes 14 tonnes.

The gap between the two cars is offset over the lifetime of the car, however, though the electric car would have to be driven for 48,500 miles before its carbon footprint falls below that of the petrol car’s.

Once electricity is generated from renewable sources, that figure drops to 31,000 miles.

The researchers discovered similar results for the diesel and electric versions of the Volkswagen Golf.

The report adds that by focussing on tailpipe emissions – a key metric used in the shift from fossil fuels to electric – is too simplistic, and the 2030 ban on petrols and diesels ignores the effect of some 40m vehicles already on UK roads.

It also calls for cars to come with an energy performance certificate, like the type applied to new houses built in the UK. 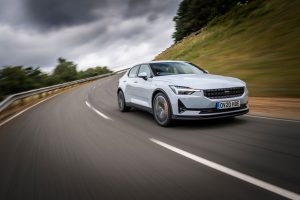 The report analysed the carbon footprints of a Polestar 2 and a Volvo XC40. Polestar has also published similar findings

Commenting on the report, Matt Western MP, chair of the All Party Parliamentary Groups for Motor and Electric Vehicles, said people should not fooled into thinking the 2030 ban on petrols and diesels solves the problem.

‘We need to address the decarbonisation of both vehicle and fuel to have any real hope of meeting our CO2 reduction ambitions,’ he said.

In September, Polestar published its own report detailing the environmental impact electric cars cause.

In that research, the brand said: ‘It’s obvious that electric cars don’t produce any tailpipe emissions, but the level of emissions produced during the manufacturing process has been unclear.’

The report added: ‘That’s why Polestar is spearheading a movement for transparency throughout the automotive industry.’

The findings also showed the ‘breakeven point’ between a Polestar 2 and a ‘conventionally fuelled’ Volvo XC40 was 48,467 miles.

Reacting to the report commissioned by Honda, McLaren, Aston Martin and Bosch, Polestar CEO Thomas Ingenlath said: ‘The paper quotes Polestar’s LCA report but information on the CO2 impact of the OEM’s behind the report is completely absent.

‘Media has been quick to pick up that the report quotes that it takes 78,000km of driving until Polestar 2 breaks even with an equivalent ICE if charged on a European Electricity Mix. It is important to note that number comes down to 50,000 km if the car is charged with wind power, equivalent to about two years of driving. Polestar 2 clearly has a lower carbon footprint than a comparable ICE when considering its whole life cycle, regardless of how it is charged.

‘Electric vehicles are the future and offer a route to carbon neutrality, something fossil fuelled vehicles can never achieve.

‘EV technology is developing at an incredible pace. We are improving manufacturing processes, vehicle efficiency, constantly decreasing carbon emissions. We see net zero manufacturing as a possibility in the next decade.

‘It is time to walk the talk. Share the carbon impact of your vehicles, show your LCA reports and methodology.’