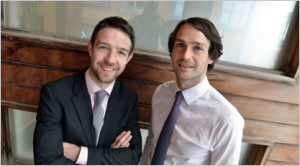 ENTREPRENEURIAL brothers Reg and Louis Rix, the owner-manager team behind online motor finance broker Carfinance247, have acquired the web domain and trade mark of Carcraft for an undisclosed sum.

Carcraft, a multi-site used car supermarket, ceased trading after it went into administration in April 2015 following 60-plus years in business. It was the UK’s sixth-largest used-car dealership chain .

Reg Rix said: ‘We intend to re-launch the Carcraft brand as an online used-car classified business. The site will be free to advertise on for dealers nationwide.

“It will support our Carfinance247 business that has partnerships with some of the UK’s leading lenders. Our acquisition follows a phenomenal year of growth for Carfinance247 and is part of our advancement strategy.

‘In its heyday Carcraft was a highly-successful business and the brand name still attracts a large amount of natural web traffic. We will work hard to re-invigorate consumer confidence in the name by creating a reliable, trustworthy car classified website, delivering the same high levels of technology and service that’s helped us build the Carfinance247 name.’

Reg and Louis established netcars.com in 2009 before selling it to the RAC in February 2013.

MORE: Swansway staff go back to school for their annual summer fun day

On superunleaded.com – Spider Car Goes Where No Car Has Gone Before