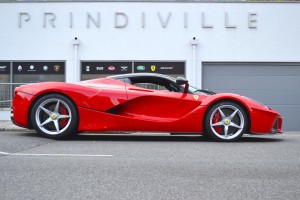 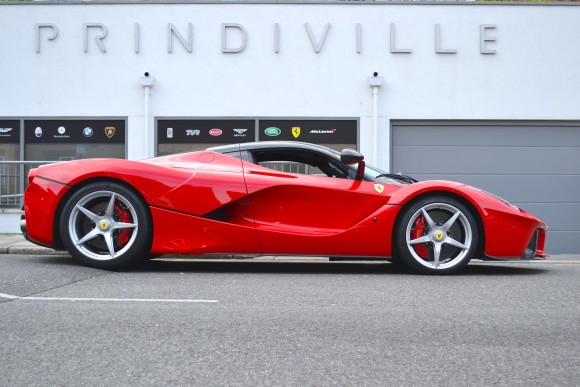 THE founder of a supercar dealership in central London has claimed new laws planned by the local authority to halt boy racers could harm his business.

Alex Prindiville has hit out after the Royal Borough of Kensington & Chelsea announced it is planning to introduce new anti-social behaviour laws principally to stop super-rich car owners from causing a nuisance.

It is proposing a Public Spaces Protection Order (PSPO) be imposed on a huge swathe of Knightsbridge – an area that will include Harrods and the streets around it.

But Alex Prindiville, founder and owner of Prindiville, central London’s only supercar showroom, says: ‘The proposal to draft a new set of anti-social behaviour laws to deal specifically with the “menace” of wealthy Middle Eastern supercar drivers is heavy-handed and unnecessary.

‘Existing laws are already perfectly adequate to deal with the minority of supercar drivers who step out of line, provided they are properly enforced.’

The new laws will make it illegal to:

Prindiville said: ‘While I can fully sympathise with local residents who are upset by the anti-social behaviour of the few, the proposed terms of the PSPO are an excessive response. 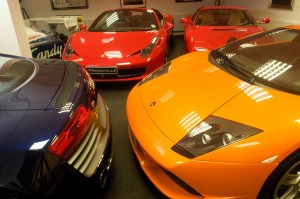 ‘If I show up in Knightsbridge with, say, three cars I wish to show to a client, I don’t want to feel that I could be liable to prosecution simply for parking them all together.

‘If I were to go shopping at Harrods in the Ferrari LaFerrari currently in the Prindiville showroom and when I started it up it revved loudly – which it would, because that’s simply what happens with supercars like these, whether you like it or not – would I be arrested and have my car impounded?

‘Will these new rules be evenly applied to all, I wonder. Will three Range Rovers in a row taking kids to a party be treated as a convoy? If those Range Rovers then stop on double yellow lines to disgorge the children, will that be seen as a stationary obstruction? If the mums dropping the kids off then have a little chat by the roadside with their doors open and music playing inside the car, will they be prosecuted?

‘I don’t doubt that some of the young Arabs in their powerful supercars do cause a genuine nuisance, but apart from the price of their cars, are the rest of them so very different from young lads the length and breadth of this country? Existing police powers will sort out the troublemakers in Newcastle or Birmingham, Bristol or Brighton, so why does Kensington and Chelsea require anything extra?

MORE: Swansway staff go back to school for their annual summer fun day

On superunleaded.com – Spider Car Goes Where No Car Has Gone Before