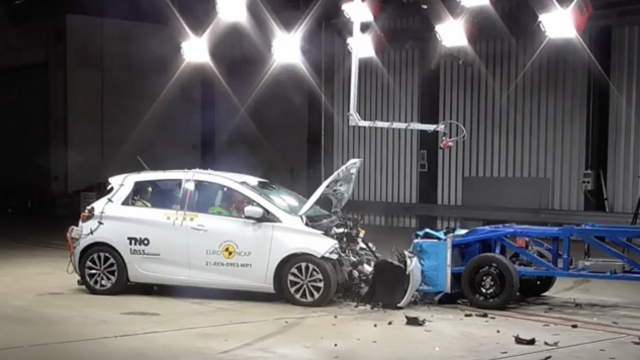 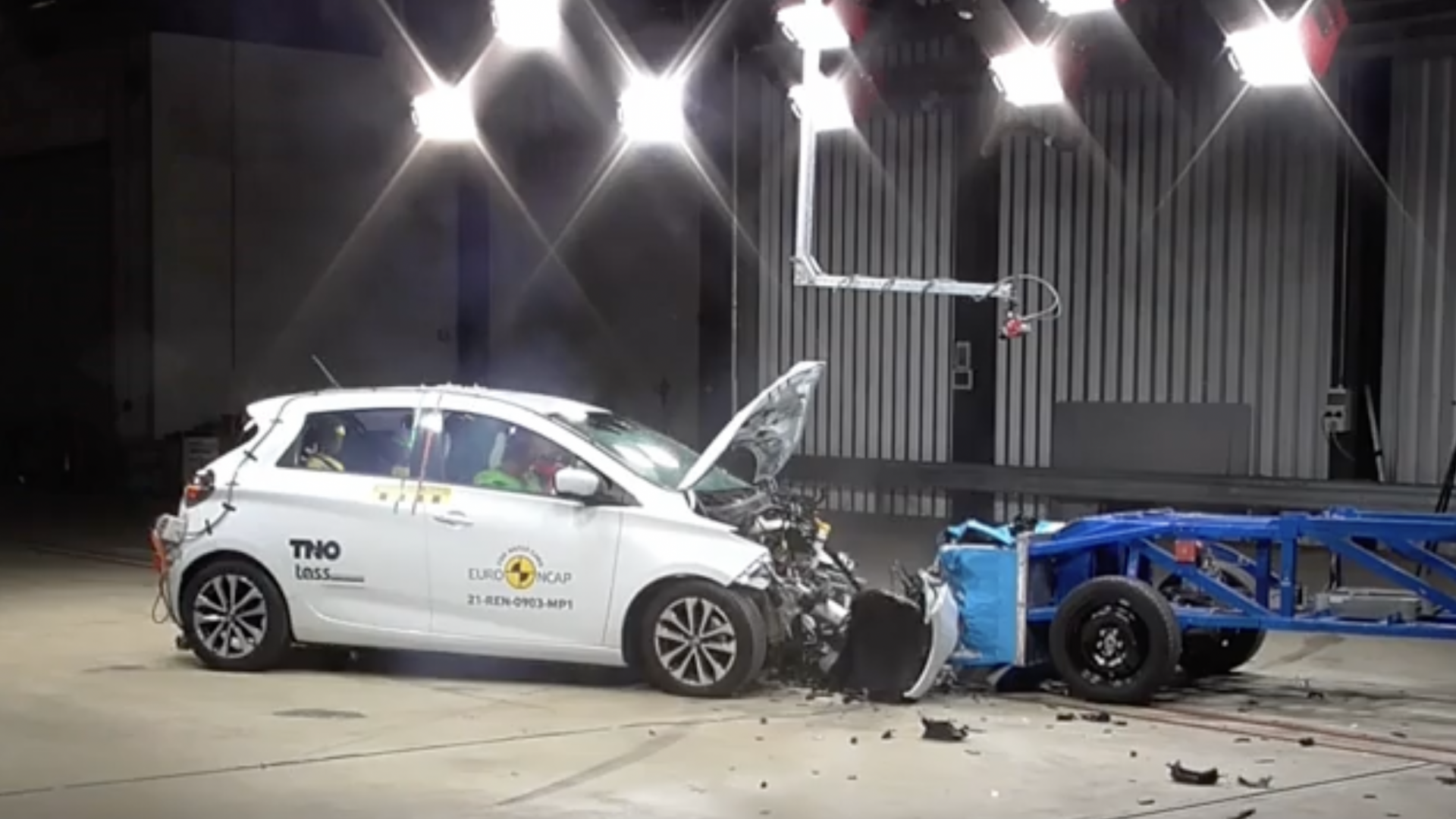 Euro NCAP has slammed Renault for its lack of focus on safety after the body awarded the new Zoe EV a damning zero stars .

Back in 2001, the French firm became the first manufacturer to bag a five star score when they introduced the Laguna saloon.

However, two decades on, it appears bosses have taken their eye off the ball sparking furious criticism from Euro NCAP.

The body was scathing in its assessment of the Renault and accused the firm of ‘ruining the Laguna’s legacy’.

It also hit out at the company for making safety ‘collateral damage in the group’s transition to electric cars’.

When it first launched in 2013, the Zoe was awarded a five star rating but it has since slumped down the rankings.

The decline has been put down to Renault removing part of the airbag which protects against head injuries in side impacts.

The #Zoe was originally tested in 2013, where it achieved a 5⭐️rating. However, as we raise the bar every 2 years, and having removed part of the vital airbag which protects against head injuries in side impacts, the car today receives a zero star rating. https://t.co/ynNAwMItlo

Dacia – Renault Group’s other brand – also came in for stinging criticism with its Spring EV scoring just one star.

In a further swipe at Renault, the judges said the two cars were ‘worse than any vehicle we have seen in many years’ for occupant protection.

They summarised by saying ‘it is cynical to offer the consumer an affordable green car if it comes at the price of higher injury risk in the event of an accident.’

‘The Laguna was the first car to get five stars, back in 2001 but these disappointing results for the Zoe and the Dacia Spring show that safety has now become collateral damage in the group’s transition to electric cars.

‘Only a few months ago, Dacia claimed that they were “preoccupied with always increasing safety for those on board” and that their cars always have passenger safety improved .

‘That is clearly not the case. Not only do these cars fail to offer any appreciable active safety as standard, but their occupant protection is also worse than any vehicle we have seen in many years.

‘It is cynical to offer the consumer an affordable green car if it comes at the price of higher injury risk in the event of an accident.

‘Other cars show that safety does not need to be sacrificed for environmental cleanliness.’

Rikard Fredriksson, vehicle safety advisor from TRAFIKVERKET in Sweden, added: ‘Euro NCAP’s tests highlight the significant differences which arise when the decision is taken not to upgrade the safety level of a vehicle which is kept in production.

‘Especially alarming is the airbag downgrading by the manufacturer when its vehicle was facelifted in other non-safety areas.

‘In this release we can see examples of electric cars at similar price levels but remarkably different safety levels.’

Genesis among brands to perform well

Both the G70 and the GV70 achieved top marks as well as the likes of the BMW iX and the Mercedes-EQ EQS.

Elsewhere, there were also five star scores for the new Nissan Qashqai, the Skoda Fabia and the VW Caddy.

The Fiat 500e and the MG Marvel R both scored four stars.

van Ratingen added: ‘Bravo to these manufacturers for giving consumers the levels of safety they have come to expect.

‘These results once more make clear that safety is all about good engineering and less about the type of powertrain or price per se.’