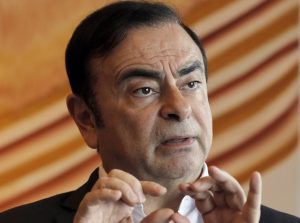 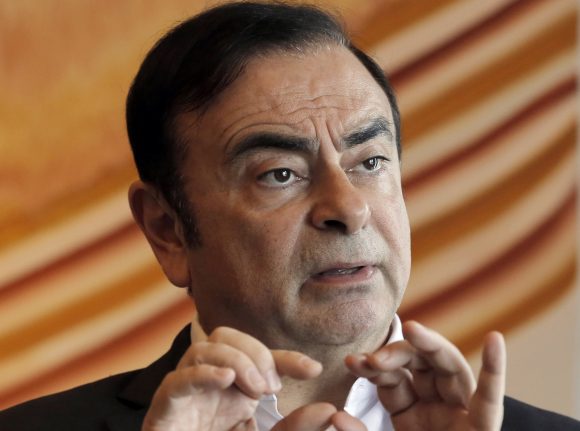 The charges reportedly filed on Monday are his fourth and are related to payments by a subsidiary of the Japanese car maker that allegedly went to a private investment company controlled by Ghosn.

The charges could not immediately be confirmed with prosecutors, but the indictment was expected and it ensures he will remain in detention at least for now. His current period of detention would have expired on Monday if he had not been charged.

Ghosn, 65, was arrested in November. He says he is innocent of all financial misconduct charges against him.

Prosecutors re-arrested Ghosn in early April, a month after he was released on 1 billion yen (£6.9 million) bail pending his trial.

He is being held at the Tokyo Detention Centre for questioning about the latest set of charges against him. His lawyers have said they will again seek his release on bail.

Prosecutors allege that £1.9 million out of £3.8 million paid by Nissan to one of its overseas distributorships went to Ghosn’s investment company for his private use.

Japanese media have reported that the funds allegedly were used to pay for a yacht, among other things.

Ghosn contends that the compensation he allegedly under-reported was never decided upon or paid, and that payments that prosecutors say amount to breach of trust were legitimate business transactions.

Re-arrests of a suspect released on bail, which is allowed only after indictment, are unusual.

The handling of Ghosn’s case has triggered criticism of Japan’s criminal justice system, where lengthy detentions of suspects during investigations are routine.

Nissan’s French alliance partner, Renault, sent Ghosn, a citizen of Brazil, France and Lebanon, to the Japanese car giant to turn it around when it was on the brink of bankruptcy 20 years ago. Nissan is 43 per cent owned by Renault, which is partly owned by the French government.

In a video statement released this month after Ghosn’s arrest, the former star executive accused some other Nissan executives of plotting against him out of fear that Renault would take over the Japanese car maker.