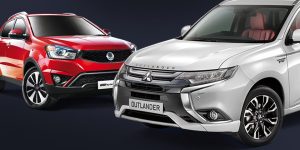 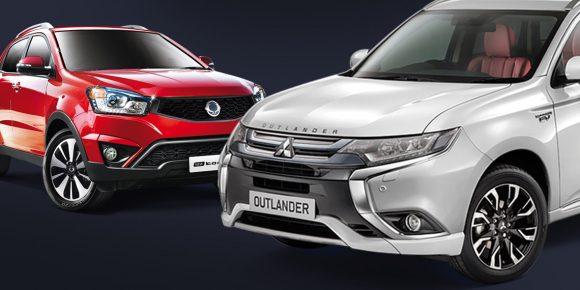 Updated: Talks between SsangYong GB and Mitsubishi officially called off as firms ‘miles apart’ on price

Talks that would have seen SsangYong GB take over the UK Mitsubishi operation have failed.

A senior source close to the discussions told Car Dealer earlier today that there were ‘substantial’ differences in the price both parties wanted for the Colt Car Company.

The failure of the takeover is likely to see Mitsubishi in the UK become a parts only business from September next year – with the sales of cars believed to be halted at the same time.

In official statements, both companies confirmed talks had taken place, but were now officially over.

The senior SsangYong source told Car Dealer this morning: ‘The talks have broken down – it’s not happening. We couldn’t get close. We made an offer, they made a counter offer and it was clear we were worlds apart.’

It’s understood that the talks failed because the Japanese company had ‘unrealistic expectations’ on the value of the remainder of the Mitsubishi business in the UK.

SsangYong GB was interested in the Colt Car Company because it would have allowed it to rapidly scale up its dealer network in the UK.

‘We have already taken on 10 Mitsubishi dealers and are in talks with 20 more,’ said our SsangYong source.

‘The Mitsubishi network is falling apart, some have gone to Suzuki, others to MG and Hyundai. We’re confident we’ll get a lot of them across anyway.’

In an official statement, issued this afternoon, SsangYong admitted they were disappointed the talks led to nothing, but the firm was continuing to drive forward towards a ‘robust future’.

Car Dealer broke the news last month that Bassadone Automotive Group – the parent company of SsangYong, based in Gibraltar – was in talks with Mitsubishi Corporation about taking over the distribution rights for the brand in the UK.

Chairman of SsangYong GB, Jim Tyrell – a former boss of Mitsubishi in the UK – was said to be the driving force behind the deal.

He was working with Laird, former boss of SsangYong GB and now boss of parent company Bassadone to get the deal over the line.

Laird said: ‘The news is clearly disappointing, however we wish MC and the team at CCC all the best for the future.’

Mitsubishi announced in the summer that it was withdrawing support for European models, effectively killing off the brand in the UK.

The future of the team at the Colt Car Company is now uncertain as it’s believed the takeover would have saved a number of jobs.

The company is understood to have already made a number of redundancies and as it moves towards a parts-only business it is likely it will need to cut more.

In a statement, Mitsubishi said: ‘Although there has been dialogue with interested parties regarding aspects of the Mitsubishi Motors in the UK business, the decision has now been made not to progress these conversations further.

‘In the coming months Mitsubishi Motors in the UK will begin its transition into an aftersales business, backed by its majority shareholder Mitsubishi Corporation and Mitsubishi Motors Corporation, to ensure the 350,000 Mitsubishi drivers on UK roads have full support in terms of parts, accessories, maintenance, warranty, recalls and repairs well into the future.’

SsangYong invited Mitsubishi dealers who may be interested in joining the franchise to contact the company and said it would be holding an open day at its office on January 19 in Swindon.

Tyrrell said: ‘In spite of this disappointment, we continue to have a robust business for the future.

‘There is a clear overlap in product ranges, so Mitsubishi dealers would find the SsangYong range easy to sell.

‘We will be holding an open day at head offices and would like to encourage all Mitsubishi dealers to contact us to arrange to come.

‘We will be showing the full range of product and all of our management team will be in place to answer questions.’