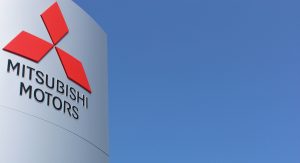 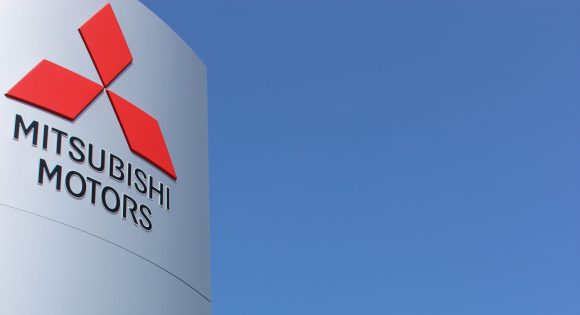 Mitsubishi dealers in the UK were today (Jul 28) still trying to come to terms with the shock news that the manufacturer would be freezing the introduction of new models into Europe.

Car Dealer reported yesterday (Jul 27) that the Japanese brand had embarked on a massive rethink and restructure of its global strategy.

UK dealers are now in a state of limbo, having to rely on existing stock from Portbury, where the imports arrive, but the future Euro 7 emissions regulations will be another major factor, since stock won’t be replaced if it doesn’t comply.

In an exclusive interview with Car Dealer this morning (Jul 28), Mitsubishi UK managing director Rob Lindley said he and his team had been ‘shocked and saddened’ to hear the news that no new cars would be developed for Europe, but he vowed to ‘work a way through it’ with his dealer partners, some of whom he had already been in talks with.

Mitsubishi’s UK arm – the Colt Car Company (CCC) – told Car Dealer that it would continue selling the existing range of vehicles and give service, repair, warranty, recalls, parts and accessories support to customers.

Tony Denton, managing director of Batchelors Motor Group, which has a Mitsubishi dealerships in Ripon and York, told Car Dealer: ‘There can be no denying how disappointed we are to hear the news. I’ve spoken to Rob Lindley today (Jul 28) and I’m confident that with his leadership we can navigate the tricky times ahead.

‘What’s important is that our staff feel secure and that there is a plan. Our plan is not to react too quickly, to stay with this situation for the long haul and look forward, not back.

‘Yes, there will be tough decisions to make but the aftersales business is strong, the used Mitsubishi car market is buoyant and I’m expecting a strong demand for the remaining new car stock.

‘Like Rob, we might need to diversify but car dealers are pretty good at that. Existing and prospective customers should feel confident to transact. Batchelors and the brand will continue to take care of our UK customers well into the future.’

Another UK Mitsubishi franchisee told us that they had a good supply of vehicles for the rest of the year and only had factory supply of the Mirage city car and L200 pickup while they remained emissions-compliant.

Another problem facing dealers now is protecting their reputation and fending off any negativity, after the massive vote of no confidence in the European market by the manufacturer.

Former boss Lance Bradley, who spent some 20 years with Mitsubishi Motors in the UK and was managing director from April 2009 to April 2018 as well as vice-chairman from April 2018 to April 2019, told Car Dealer of his shock and sadness at the news but also said he had hopes for Mitsubishi’s future in Europe.

‘I find it incredibly sad because there’s a lot of people worked for a long time on Mitsubishi in the UK both at CCC and across the dealer network, and there have been tough times before when I was still involved but we’ve always come through them,’ he said.

‘It’s not out of the question at all that they’ll come through this as well. I’m looking from the outside, so I don’t know, but I don’t think it necessarily means that there will never be Mitsubishi products in Europe again, but obviously there is going to be a gap.’

He added: ‘I spent 20 years working hard with a lot of other people to build it up to something that at one point was going really well, so it’s very sad to see it in the state it’s in now. It’s difficult.

‘My overwhelming feeling is I feel sorry for the people who have put so much into it. It’s very sad to see it withdrawing from Europe, albeit hopefully on a temporary basis.’

One dealer group boss told Car Dealer that he ‘wasn’t surprised’ the brand was winding down.

He said: ‘Yes, it’s very sad, but I’m not surprised. I attended an investors’ meeting a few years ago and expected to see a load of new product on alliance platforms, but there was absolutely nothing.

‘They certainly haven’t been allowed to access any of the technology that they desperately needed in the same way that VAG and PSA share.’

Other dealerships that Car Dealer tried were unavailable for comment or declined to provide one.

Dealers will now be fighting for their commercial lives – which is a battle they could have well done without, coming as it does on the heels of the emergence from lockdown.

With Mitsubishi being part of a mega-alliance with Renault and Nissan, it’s possible its UK dealerships will adopt one of the other two franchises – most likely Renault – since the Colt Car Company is independent of the manufacturer. This assumes there aren’t any conflicts of interest with other dealerships in the areas where the current Mitsubishi showrooms are, though.

Another possibility is a different Asian manufacturer swooping in to increase its UK market share.

Mitsubishi yesterday (Jul 27) posted a loss of 176.16bn yen (circa £1.3bn) for the first quarter of 2020 against a 9.31bn yen (£68.7m) profit for the same period in 2019, and said that as part of the restructure it would be focusing more on its core business area of the Association of Southeast Asian Nations region.

David Bailey, professor of business economics at the University of Birmingham, told Car Dealer today (Jul 28) he thought the decision to withdraw from Europe was ‘a great shame’ and he’d been surprised by it.

‘After recent dire results for Mitsubishi, the firm has decided to focus on faster-growing, more profitable markets. As a result, it is effectively pulling out of Europe to focus on the likes of south Asian markets,’ he said.

‘That’s a great shame as the firm has pioneered plug-in hybrid technology in the UK and Europe, for example in its Outlander model.

‘That technology will probably find its way into new alliance models from Renault and Nissan.

‘I’m surprised though that Mitsubishi is effectively leaving the UK market – I had anticipated Mitsubishi models being assembled off the same platforms as Renault and Nissan models, and produced for example at Sunderland.

‘That’s off the agenda for now, although I wouldn’t rule out the brand being resurrected in the UK market in this way at some point in the future.’