Staggering used car price rises are shocking even the experts as valuations are being pushed up on an almost daily basis.

May looks likely to see car prices rise an unprecedented 6.5 per cent across the market following a two per cent jump in April, says Cap HPI.

Consumers are unlikely to be aware of the rate their cars are appreciating in price, with some models leaping thousands of pounds in a month just sat on their drives.

Derren Martin, head of valuations for the firm, told Car Dealer – in an exclusive video you can watch above – that the price rises have ‘never been seen before’.

He said: ‘We’ve not seen anything like it and have been moving cars up in value every day.

‘It is unbelievable out there at the moment.

Values are moving so fast, admits Martin, that the monthly pricing guides are out of date before they arrive.

Some models have risen well above the market average in May with the Mini Cooper S, for example, rocketing 15 per cent.

Martin said, some cars have risen thousands of pounds in the last month alone, including: 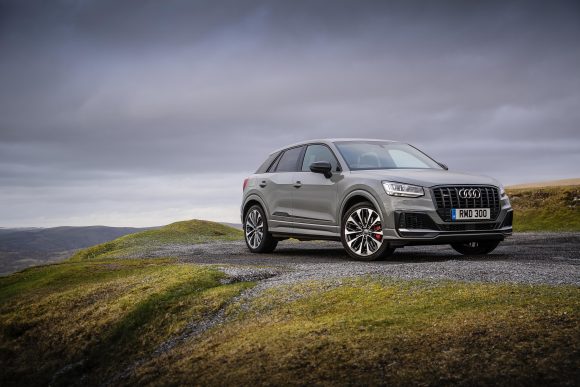 Martin added: ‘This is ridiculous and it’s unheard of.

‘The biggest monthly movement up that we’ve had since we introduced our live product was last month, which was two per cent up and before that the highest was only one per cent, which was in 2018.

‘We’ve not seen anything like these price rises and have been moving cars up in value every day.’

Auto Trader reports that it is also seeing these trade price rises reported by Cap translated to car dealer forecourts.

It says average price growth has accelerated every week since dealers reopened on April 12 – now up for the 53rd week in a row.

Based on the 440,000 cars advertised on its website, Auto Trader has seen the average price of a used car increase 6.8 per cent compared to the same time last year.

It says this steep rise is being fuelled by increased consumer demand with visits to its site up 41 per cent on the same period in 2019.

Auto Trader’s director of data and insight, Richard Walker, said: ‘The levels of demand that we’ve been tracking this year have been incredibly strong, but the reopening of physical forecourts last month provided a substantial boost to demand and to used car prices.’

Martin added the rises it has been tracking in May, compared to April include:

Martin said: ‘Prices from three or four days ago already look out of date and Cap monthly values are way out of date already.

‘We’ve been speaking to a lot of retailers and a lot of the comments coming through is that the prices don’t look right but they are. The cars that looked expensive last week now look reasonable.

‘These are crazy times.’

Martin says he is advising dealers to push their retail prices up because they won’t be able to replace the cars they are advertising at the same price.

Used car prices are also unlikely to fall any time soon as demand continues to be strong from consumers and supply shows no signs of easing up.

Martin said: ‘How long can it last is the million dollar question and nobody has really got the answer.

‘I think it’s going to stay strong for quite a long time, but we can’t keep seeing these increases.

‘Values can’t keep going up like this but they can stay relatively strong.’

Martin said he thinks prices will stay strong long into the summer and with the semiconductor issue hitting new car supply it’s likely to remain steady for some time yet.

He added: ‘I think we’ve got strong values for the summer, at least, that’s not to say there’ll be going up by six per cent every month, but this month we’re expecting around six-and-a-half per cent and maybe then they’ll just stay stable, but they could go up further over the next few weeks as well.

‘There is not going to be a tsunami of stock coming through that is going to affect this.

‘Demand may drop away – some of it is pent up demand at the moment – but there is not going to be a huge wave of cars coming through any time soon.

‘Even if demand drops away, supply isn’t going to be there in abundance and normally supply outweighs demand.’

To see what Derren Martin had to say in full see the video at the top of this page.