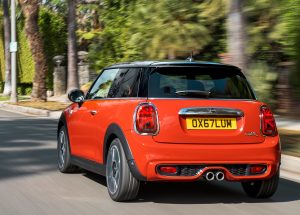 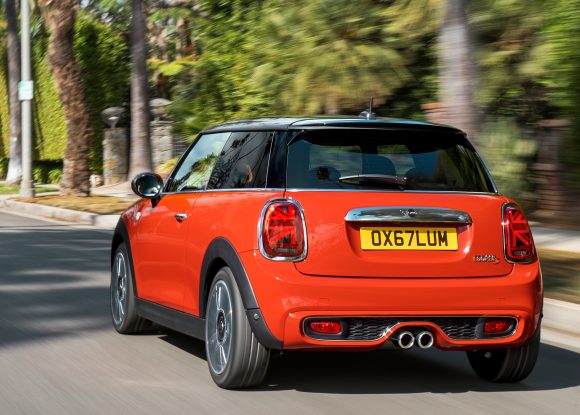 Facelifted Mini truly flies the flag for the UK

FEW icons of UK motoring are as enduring as the Mini – but since 2001, the brand’s incredibly popular cars have been designed and built by German manufacturer BMW.

Is that a problem? Not at all, says Mini, which has just launched its facelifted hatch and convertible range – featuring most notably a bold set of tail lights with an eye-catching Union Flag design.

‘We are really proud to be British,’ said Sandra Meier, product manager for Mini. ‘The Union Jack is perfect to show this.’

Although top management remains in Munich, Mini’s day-to-day operations take place at its Cowley plant near Oxford, where its hatch and convertible models are built and exported worldwide.

The plant employs more than 4,000 staff and is even a popular tourist attraction, welcoming over 20,000 visitors on its official tour in 2017.

And despite Brexit, Mini looks set to continue building cars in the UK for as long as it can. ‘For us, it’s important that we build cars in Oxford,’ said Meier. ‘The UK is where Mini’s heart is, and it means the origins of the car are more authentic.’

The firm also operates plants in Swindon, Wiltshire, and Coleshill, Warwickshire, making body panels and petrol engines, while a plant in Born, in the Netherlands, caters for the larger Countryman and Clubman models.

The new Mini Electric will be built in Oxford as well as in China for the local market there.

The 2018 model year changes to the Mini haven’t just brought patriotic tail lights. The car’s design is ‘more crisp and precise’ says Meier – aided by a revised and simplified logo, LED lights all round, and the addition of 3D-printed personalisation options via the Mini Yours programme.

As for the Union Flags, they can be specified for the wheel centre caps, roof, indicator repeater surrounds, and even as part of a multi-coloured backlit panel on the dashboard.

‘Mini always used to have a rounded shape,’ said Meier. ‘The Union Jack’s straight lines are perfect. If anyone can do a design like this, Mini can.’

MORE: Hendy Group is named employer of the year