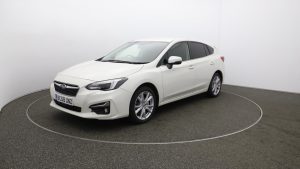 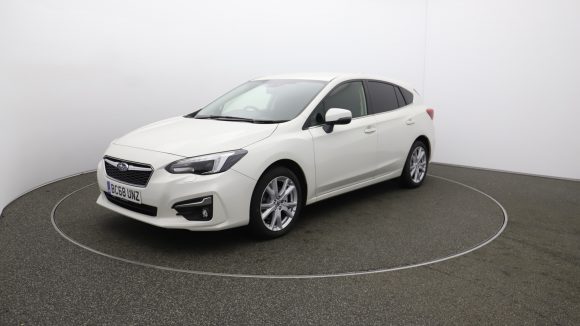 UK-based fans of tech giant Apple can now buy a slice of its automotive history.

No, there’s still not much chance of the ill-fated Apple Car coming to a showroom near you, but a selection of vehicles used by the firm to capture data for Apple Maps are now up for grabs.

The fleet of white Subaru Imprezas have spent much of the last 12 months driving around selected towns and cities in the UK, capturing GPS data and 360-degree imagery for Apple’s ‘Look Around’ feature – their rival to Google’s infamous ‘Street View’ function.

Now though, a handful of the ex-Apple cars can be found for sale at various Big Motoring World car supermarket sites, and on its recently-launched online offering Carzam.

While the Impreza might seem something of an oddball choice here in the UK, Apple is likely to have selected the model for consistency across the globe: identical Apple Maps-branded Subarus have been seen across Europe, America and Asia over the last year.

Although the cars might not have come up against much difficult terrain while mapping towns and cities like London and Manchester, the Impreza’s permanent four-wheel-drive will undoubtedly have helped Apple to survey the more challenging landscapes found across the USA.

Picking the same vehicle worldwide might be more than just a branding exercise, too. Designing the firm’s bespoke imaging equipment around the exterior and interior dimensions of multiple different cars could have proved challenging.

Spotted an Apple Maps car in the Highlands of Scotland. Picked a nice day for it. @reneritchie pic.twitter.com/fJowcF2OYX

The cars themselves are reportedly chock-full of technology that records hundreds of gigabytes of data every day about their surroundings, using high-resolution cameras and laser-based LiDAR scanners for 3D imaging, all of which gets stored on a modified Mac desktop computer hidden inside the cockpit.

A passenger in the front seat controls the system through a specially-designed iPad app, which gives instructions on where to drive the sensor-laden Impreza.

The second owners of these cars can at least be assured that they’ve been treated well though: Apple Insider reports that drivers are under strict orders only to capture images in ‘ideal weather conditions’, so it’s possible that these Imprezas have barely seen a drop of rain.

Lots of cameras, 3x LIDAR (I think) and a sensor on the hub of a rear wheel (road surface quality? any ideas?) pic.twitter.com/ygf8duDLsW

Don’t expect the log book to allude anything about the cars’ previous Silicon Valley owner, though. The Californian company is famously stringent when it comes to its own privacy – with cars, and even its own buildings, often registered to nondescript shell companies to hide any trace of its involvement.

In the case of these Subarus it appears that – rather than buying the cars outright – Apple plumped for a deal from leasing company Arval, who would likely be listed as the registered keeper with the DVLA.

It’s not known whether Apple has replaced these particular cars with another batch of Imprezas, but given that its map service requires updates regularly, it’s likely that we’ll see more ex-Apple vehicles being sold on as the years go by.