Ministers to begin lockdown review after 15m get jab

Ministers are to begin reviewing coronavirus lockdown restrictions in England after more than 15m people across the UK received their first dose of a vaccine.

Boris Johnson hailed the achievement – just over two months after the vaccination programme delivered its first jab – as a ‘significant milestone’ in the fight against the disease.

While he was ‘optimistic’ that a ‘cautious’ easing of lockdown measures would be possible, he said that he did not want to be forced into a ‘reverse ferret’ if there was a fresh resurgence of the disease.

Foreign Secretary Dominic Raab has rejected an ‘arbitrary’ demand by lockdown-sceptic Tories for a lifting of all legal restrictions in England by the end of April.

More than 60 MPs in the Covid Recovery Group have sought to pile the pressure on Boris Johnson, insisting he commit to a firm timetable for ending controls.

In a letter to the PM they said schools must return on March 8 as planned with pubs and restaurants opening in a ‘commercially viable manner’ from Easter. Raab, however, said it was essential to ensure the disease was under control first.

The first guests will check into government-designated accommodation today as the hotel quarantine regime begins.

UK nationals or residents returning to England from 33 ‘red list’ countries – comprised of hotspots with Covid-19 variants in circulation – will be required to quarantine in hotels for 10 days.

The government has struck deals with 16 hotels so far, providing 4,963 rooms, with a further 58,000 rooms currently on standby, the Department of Health and Social Care (DHSC) said. 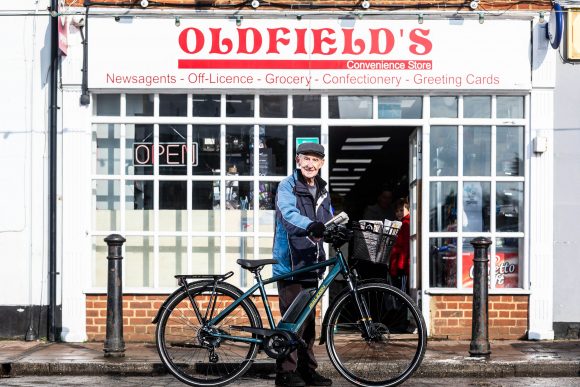 One of Britain’s oldest paperboys has postponed his retirement after being sent an electric bike to help him on his morning rounds.

George Bailey, who distributes newspapers around the village of Headcorn in Kent, said he has been given a ‘new lease of life’ with the e-bike from British cycling companies Raleigh and Evans Cycles.

The octogenarian first made headlines at the end of January and had been considering hanging up his paperboy sack and retiring from the 2.5-mile loop.

The Japanese economy grew at an annual rate of 12.7 per cent in October-December, marking the second straight quarter of growth, according to government data released today.

The world’s third-largest economy recorded growth in consumption, government spending and exports for the final quarter of last year, compared to the previous quarter, the Cabinet Office said.

Japan’s seasonally adjusted gross domestic product had grown at a dramatic annualised rate of 22.9 per cent in the July-September period.

The Prime Minister’s plan for the easing of coronavirus restrictions in England must include a way forward for the travel sector which says it is ‘on its knees’, according to industry leaders.

Leisure travel is prohibited under the UK’s Covid-19 lockdown, but the industry is desperate for rules to be relaxed in time for the vital summer season.

Travel trade organisation Abta said many travel agents and tour operators have not been able to operate or generate income since the start of the pandemic last March, due to the government advising against travel to the majority of destinations.

Johnson hails ‘fantastic’ start to relations with new US president

Boris Johnson has said he has formed a ‘good relationship’ with new US president Joe Biden, saying they have had some ‘fantastic conversations’ on climate change.

In an interview with the American CBS network, the PM said that UK and US thinking had been coming together on a range of issues in recent weeks.

‘I’m very delighted, to have a good relationship with the White House, which is an important part of any UK prime minister’s mission,’ he said.

Germany has implemented tighter border controls on its frontiers with the Czech Republic and Austria’s Tyrol province in an effort to stem the spread of more contagious coronavirus variants.

The new restrictions limit entry from those areas to German citizens and residents, lorry drivers, transport and health service staff and a few others, who have to register online and show a negative coronavirus test.

Interior minister Horst Seehofer said the checks may cause some delays at the border and German police ‘will not just wave traffic through’.

More than a third of business managers believe the government has failed to do enough to support firms through the pandemic in a ‘loud cry for help’ from UK corporates, research has revealed.

A study compiled for the PA news agency by the Chartered Management Institute (CMI) found that 36 per cent of UK business managers believe the government’s support packages have not gone far enough.

More than half – 51 per cent – of managers polled in Scotland and 41 per cent of those in London said government support had failed to adequately help firms in the face of the crisis.

Jaguar E-Type with chassis number 60 going up for sale

Three Series 1 Jaguar E-Types are going up for auction next month, including chassis number 60 on the 60th anniversary of the sports car going on sale.

That particular car is a 1961 coupe built for the UK market, sporting an Opalescent Gunmetal paint job and red leather interior.

Temperatures are forecast to rise into the double digits as the UK’s cold spell comes to an end, the Met Office has said.

Today will see the beginning of the milder weather, with the mercury rising to highs of 13C in England and Wales, 12C in Northern Ireland and 10C in Scotland.

It follows a period of freezing conditions, which saw the UK record its coldest temperature for 65 years at Braemar in Aberdeenshire on Wednesday night when the mercury dropped down to minus 23C.