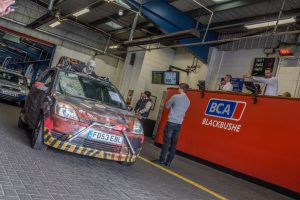 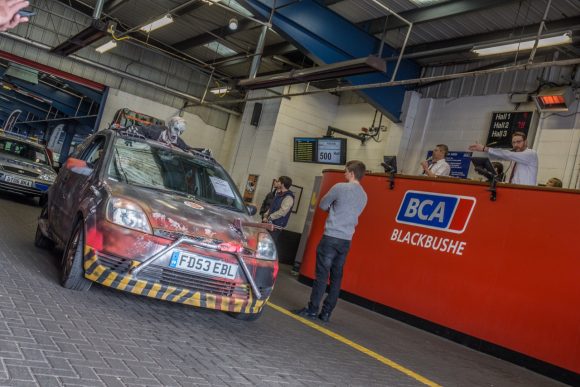 THE Car Dealer Magazine Bangers4Ben event 2016 has raised a record-breaking £56,448 which will directly support those who work in the automotive industry.

The event has been running for nine years raising vital funds for Ben, the not-for-profit organisation that partners with the industry to provide life-changing support for its people and their families.

The participants in this event have to buy a car for less than £750, paint or decal it and then select a fancy dress for the team of two who drive the car on a round trip from Dover to Italy.

Following the rally, the cars are sold at auction and the money raised contributes to the final total.

The Best Banger prize went to the terrifying zombie Ford by Geoff Cox and Gemma Heathcote, from GardX, won the fancy dress award for her Scooby Doo villain costumes.

Will Blackshaw won the best tweet award for his play on words ‘New model launch the Fur rarri’ about his team’s dog-themed car.

The car that raised the most money at auction for Ben was Will Larmour’s Jurassic Park-inspired Mini Coopersaurus sold for £1,725. 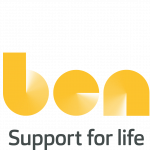 ‘But all the silliness is for a serious cause, with all the proceeds from the event going to help fund Ben’s fabulous work to support thousands of individuals and families connected with the UK automotive industry.’

Kelly Neal, head of events at Ben, said: ‘It always amazes me how much effort that the teams put into preparing their cars, not just for the journey, but also the look and theme too.

‘This year’s fundraising has raised a record amount and we would like to give our heartfelt thanks to all the teams who took part and to Car Dealer Magazine.

‘All the money raised will help Ben support automotive people and their families to navigate life’s toughest challenges and empower them to make lasting, positive change.’

On SuperUnleaded.com: This drag-racing wheelie is just amazing