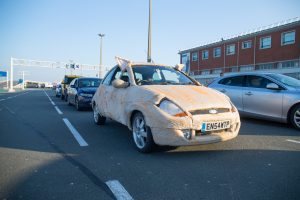 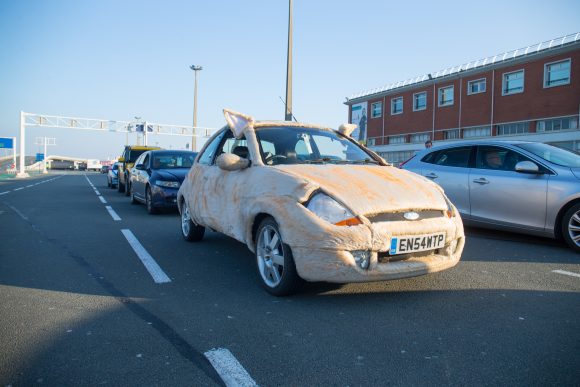 #B4B16: The top tweets from day four of Bangers4BEN

A-A-AND breathe. The excitement of Bangers4BEN is over for another year, and our teams are relaxing, regrouping and already planning for 2017.

After yesterday’s 400 miles of frantic French driving, we all made it to the ferry on time – just about.

But, as with any other Bangers, the final day was fraught with fears for our furry Ka.

Most of the other teams had no such worries, and let us know about it on Twitter!

Going up through Ardennes & Flanders today in memory of my Grandad and Great Uncle who fought there in 1914-18 so that we can #B4B16 today pic.twitter.com/3mzgfWATEA

Day 4 and sadly the last day of #b4b16 – however we might be here awhile. Already looking forward to next year pic.twitter.com/kGIHCyIH3x

Is there oil in the car? Not sure who is qualified to be the #Judge of that! #b4b16 @BENEventsTeam @LawgisticsSales @LawgisticsLegal pic.twitter.com/pgG8R4slxs

Got the call from the pits, we had to box box box #b4b16 #misseditlastyear #awesome pic.twitter.com/t86fV5sG0s

why aren’t our roads (a) This well maintained (b) This quiet #b4b16 pic.twitter.com/Ozo5ogvdHx

#b4b16 is nearly over on the bright side #fundraising is at £40,601 you rock @Bangers4BEN #loveyouguys pic.twitter.com/ahLNRij3Z2

Someone had a late night #b4b16 #hometime pic.twitter.com/UcpkDKnHTx

As the sun sets on our epic journey it Bon nuit to our #b4b16 adventurers pic.twitter.com/QdjvDv1BR5