Home > News > Fire breaks out at a car dealership in Essex 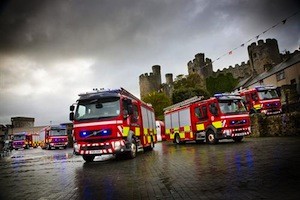 Fire breaks out at a car dealership in Essex

POLICE are investigating a fire which broke out at a car dealership in Grays, Essex, last night.

Fire crews were called out to the blaze at the dealership in Towers Road just before midnight. A number of vehicles were alight.

According to the Thurrock Gazette, the fire service received more than 50 calls about the fire and firefighters took an hour to bring the fire under control.

The newspaper reported that Towers Road remained closed in both directions this morning, while a full investigation is carried out into the cause of the fire.