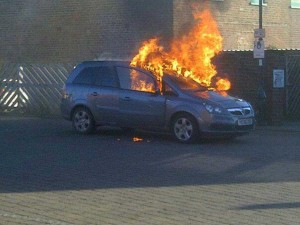 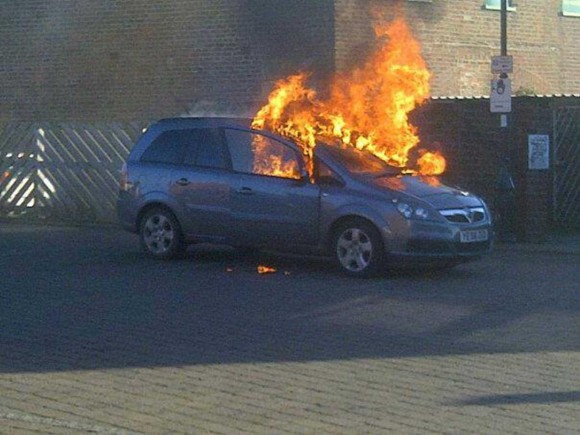 VAUXHALL showed a ‘reckless disregard for safety’ by not stopping motorists driving Zafira B vehicles it knew were a fire risk, MPs said.

The manufacturer was too slow to begin a full investigation and then acted prematurely in attributing the problem to improper repairs by third parties, according to a damning report by the Commons’ Transport Select Committee.

Some of the fires were serious enough to destroy entire vehicles.

Campaigners claim more than 300 Zafiras have caught fire in recent years, often leaving their occupants with just a few seconds to escape.

Concerns that there was a distinctive pattern of fires were first raised within Vauxhall in 2014, but it did not begin an investigation until August 2015.

The manufacturer said the fires were caused by unauthorised repair of the thermal fuse in the people carrier’s blower resistor, and in December 2015 it recalled 226,000 Zafira B vehicles for an inspection. 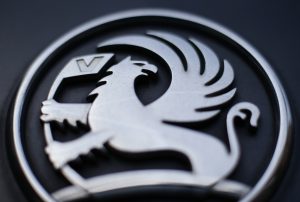 Vauxhall was ‘too quick’ to reach this conclusion, according to the committee, which said it did not identify all the issues that could cause a fire in the heating and ventilation system, such as a faulty blower motor.

In February 2 last year the manufacturer became aware of fires in vehicles after they had been recalled, but it was not until the third week of that month that it informed the Driver and Vehicle Standards Agency (DVSA), according to the committee. A second recall was announced in May 2016.

The MPs’ report stated: ‘Vauxhall’s decision to continue to let people drive affected cars amounts to a reckless disregard for safety. This is particularly damning given its admission that it should have notified customers earlier.

‘As soon as it became clear that all the causes of the fires affecting the heating and ventilation system had not been found, Vauxhall should have acted.’

It continued: ‘In the absence of any explanation for its tardy response from the witnesses that appeared before us, we can only conclude that commercial considerations and the need to avoid reputational damage were put ahead of safety. This is unacceptable and morally reprehensible.’

Some 59 fires involving previously recalled vehicles were recorded by February 2017.

The committee also found that the DVSA should have taken action more quickly, and commissioned its own independent tests once recalled vehicles began to catch fire.

Steve Gooding, director of the RAC Foundation, said it was ‘extraordinary’ that Vauxhall did not act more swiftly in identifying and fixing a ‘design fault’ that put lives at risk.

He went on: ‘The lessons in the committee’s report are not just aimed at Vauxhall, but should be taken to heart by all auto companies who we rely on to provide us with safe, roadworthy vehicles.’

MORE: The official Vauxhall response for dealers to ‘Firegate’ as Corsa D is latest car affected

MORE: Used Vauxhall Zafira B sales ‘may have been illegal if repairs not carried out’