Home > News > Firegate: Vauxhall ‘has taken too long’ to protect its customers 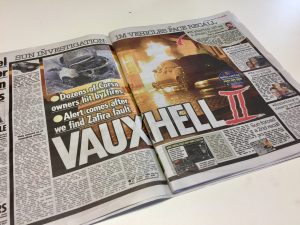 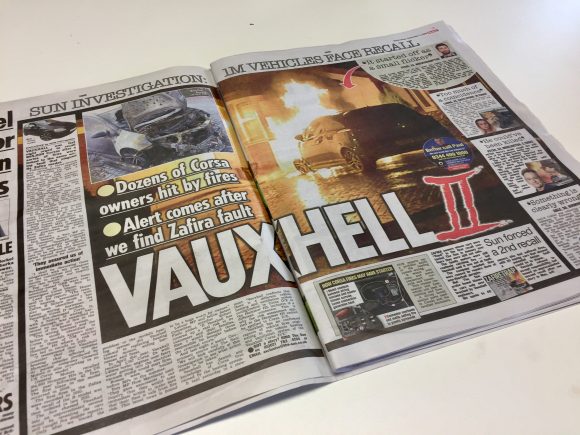 Firegate: Vauxhall ‘has taken too long’ to protect its customers

VAUXHALL has not acted quickly enough to protect customers who are worried that their cars might burst into flames, according to the Driver and Vehicle Standards Agency.

The Government body made the comment in reaction to an investigation by The Sun.

The newspaper reported today that heating problems affecting wiring in some Vauxhall Zafira models had also been detected in the Corsa’s heating and ventilation components.

And according to the paper, analysis of a burnt-out Corsa D, a model introduced in 2006, found the fire had broken out ‘in the region of the heater system’.

Gareth Llewellyn, chief executive of the DVSA, said: ‘Our first priority is road safety and to protect the public from unsafe drivers and vehicles.

‘Vauxhall has confirmed to DVSA that it will provide owners who don’t feel safe using their Corsa D with alternative transport until their vehicle is repaired.

‘We have made it clear that it is vital Vauxhall swiftly rectifies its problems and it has taken too long for the manufacturer to protect its customers.

‘DVSA continues to press Vauxhall to meet its obligations and protect consumers.’

The DVSA is also working with Department for Transport ‘to consider further action’, Mr Llewellyn said.

On SuperUnleaded.com: Five Things You Should Do If You Own A Vauxhall