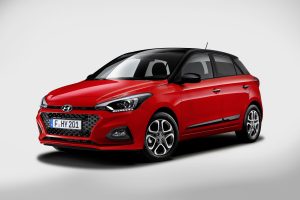 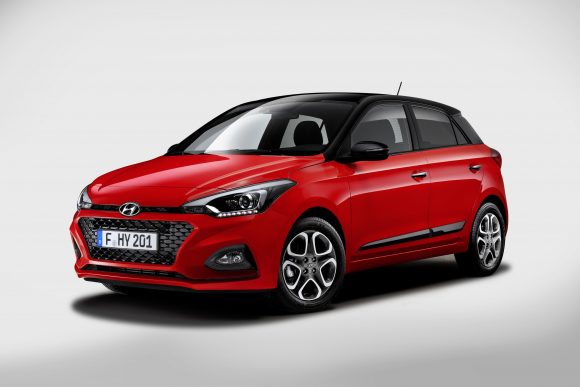 The i20 is Hyundai’s combatant in the viciously competitive B-segment, where manufacturers battle it out with superminis that sell in huge numbers.

It’s been a decade since Hyundai launched the underwhelming first-generation i20 into the market and four years since the second-generation model came along to render it obsolete.

Now the South Korean brand has given the i20 a facelift for 2018 in the hope of driving more sales.

The most obvious change to the i20 is its exterior styling. At the front of the car the bumper has been updated and a new cascading grille added.

The back bumper has also been changed, while the rear lights have been redesigned with a more dynamic aesthetic.

The i20 is available with a choice of two petrol engines. The first is a 1.2-litre unit, which can produce 74bhp or 83bhp. Both versions of this engine come with a five-speed manual gearbox.

The second choice of engine is a 1.0-litre T-GDI. The 98bhp version is available with a five-speed manual or seven-speed dual-clutch automatic transmission. On the other hand, the 118bhp option comes with a six-speed manual gearbox.

Our test car was fitted with the 98bhp version of the 1.0-litre turbocharged engine and the seven-speed dual-clutch transmission. While the engine had perfectly adequate punch for a supermini such as the i20, the automatic gearbox really let the car down as it struggled to keep up and didn’t change up until around 6,250rpm at full throttle.

Aside from the shoddy automatic gearbox, there’s not too much wrong with the way the i20 drives. One area that could do with improvement is the steering, which – as with many other Hyundai models – is overly light, meaning there’s very little feel through the corners.

In contrast, one area the i20 wins points on is its ride comfort. The car absorbs bumps impressively in the road at any speed, which contributes to a smooth driving experience. This makes a refreshing change from all the models out there with unnecessarily harsh suspension.

Despite the weightless steering, the i20 doesn’t seem to have any problem coping in the corners. The car holds the road well and feels fairly refined, even at higher speeds.

There’s no getting away from the fact that the new i20 doesn’t look much different from the pre-facelift model. The most noticeable updates are the new rear lights, which help give the car a more dynamic look.

In terms of colour, there are three new paints available on the facelifted i20 – Tomato Red, Champion Blue and Clean Slate. They sit alongside the already existing shades of Passion Red, Sleek Silver, Stardust Grey, Polar White and Phantom Black.

Our test car was finished in Champion Blue and looked very smart, standing out even when parked on a busy residential street.

Unfortunately, the build quality of the i20 isn’t top notch. Despite being quite a high-specification example, our test car had a lot of scratchy plastics throughout the cabin and featured some unattractive trim pieces that had come straight out of the comparatively budget i10.

That said, everything functions perfectly well. A highlight is the seven-inch touchscreen infotainment system, which is very intuitive and user friendly, and adds a touch of class to the interior.

Something the i20’s interior really has going for it is space. Not only is there ample legroom and headroom in both the front and back seats, but the car also has a 301-litre boot with a removable floor.

It almost goes without saying that price is the category where a Hyundai should dominate the field, but the i20 is a bit of a mixed picture.

The Premium Nav specification starts at £16,245 and includes 16-inch alloy wheels, climate control and satellite navigation. Our test car was at the top end of this trim level, costing £18,945.

Auto Express praised the i20 for having stylish looks, a spacious interior and good equipment levels, but was critical of the car’s interior quality and sub-par fuel consumption.

Autocar said the i20 ‘fits the bill’ as ‘a compact car that still provides enough space for adults to sit in the back row, and still has a sizeable boot’, but criticised it for the fact that ‘rivals have made more progress in the time since it first arrived’.

As an everyday runabout with space for four people and some luggage, the i20 isn’t a bad choice. The key tip is to avoid the higher trim levels for the sake of value for money.

If you do find yourself erring towards the Premium Nav and Premium SE Nav specifications, then you’d be better served looking at the Ford Fiesta, which is the best seller both in this segment in the market as a whole and will offer better build quality and a more enjoyable driving experience for the same amount of money.