Home > Road Tests > First Drive: Is the I.D 3 the gamechanger Volkswagen believes it is? 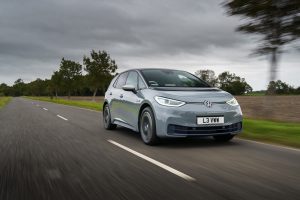 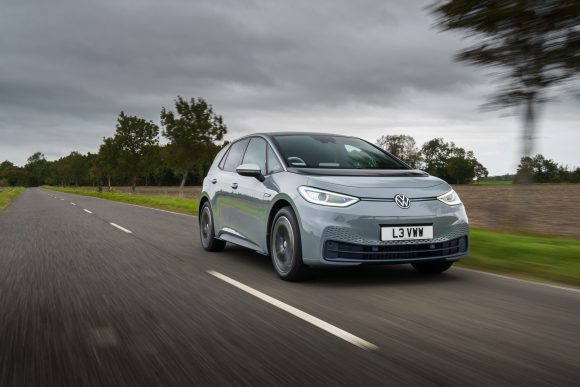 First Drive: Is the I.D 3 the gamechanger Volkswagen believes it is?

The electric I.D 3 is seen as a very big deal by Volkswagen – but is that the case from behind the wheel? Jack Evans finds out.

This car – the new ID.3 – is quite a crucial one for Volkswagen. As its first ground-up electric model, it represents a voyage into a completely EV future, and when the German firm starts throwing names like ‘Beetle’ and ‘Golf’ into a car’s comparisons, you know things are getting serious.Which is why the ID.3 really needs to be good. It’s the first car in what will become a long line of I.D-badged electric vehicles for Volkswagen and as such, it’s a car which needs to succeed. We’ve been behind the wheel to see if it can do it.

Well, essentially everything is new here. The ID.3 sits on its very own architecture designed from the ground-up as an electric vehicle. So whereas Volkswagen’s previous EVs like the e-Golf and e-Up! were electric versions of existing models, the I.D 3 stands proud on its own.There’s a bespoke powertrain – which we’ll get to in more detail shortly – and while the interior of the car uses many elements from the current eighth-generation Golf, they’ve been packaged in a way which feels completely new and fresh. 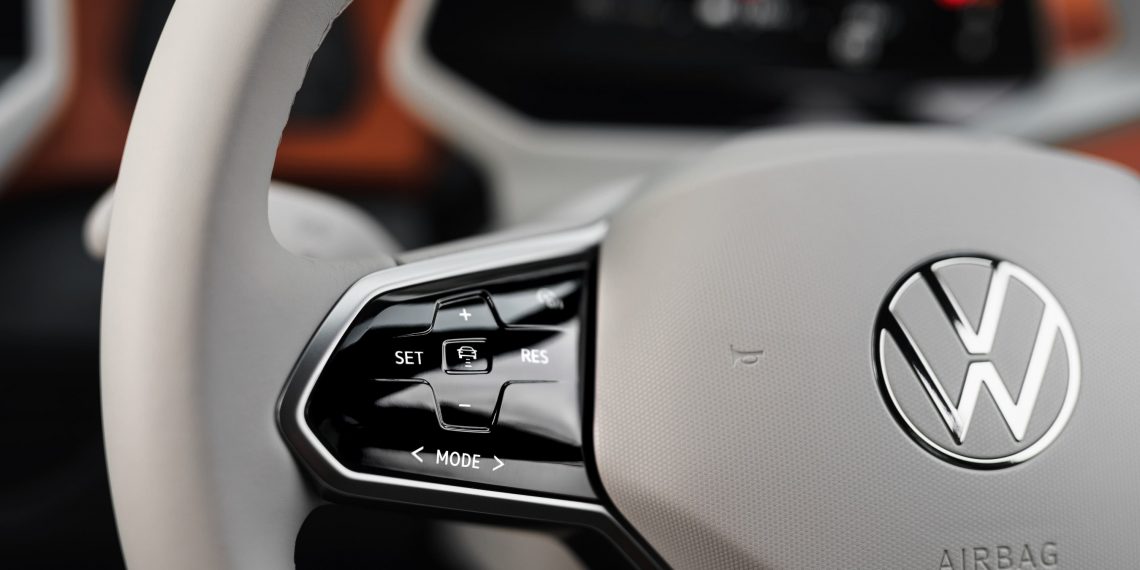 Powering the ID.3 is a 150kW motor linked to a 58kWh battery. In this setup, Volkswagen claims that you should see up to 260 miles from a single charge, while thanks to rapid charging capability, a 0-80 per cent charge can take as little as 30 minutes via a 100kW unit. However, if you’re planning to charge your I.D 3 at home – and most people will – then fully replenishing the batteries from empty will take nine and a half hours with a 7.2kW wallbox.

When it comes to performance the I.D 3 does well. A zero to 60mph time of seven seconds isn’t far off what you’d get from a Golf GTI, and flat-out it’ll do 99mph.

Volkswagen has worked to make driving the ID.3 as hassle-free as possible. As such, even the starting process is almost deliriously simple. Keep the key in your pocket or bag, approach the car and it’ll allow you in. Sit in place, use the side-mounted gear selector – which has more than an ape of the one in BMW’s i3 – to select drive, and away you go. There is a starter button, but you don’t need it; once you’re in the car, it’s alive and ready to go. 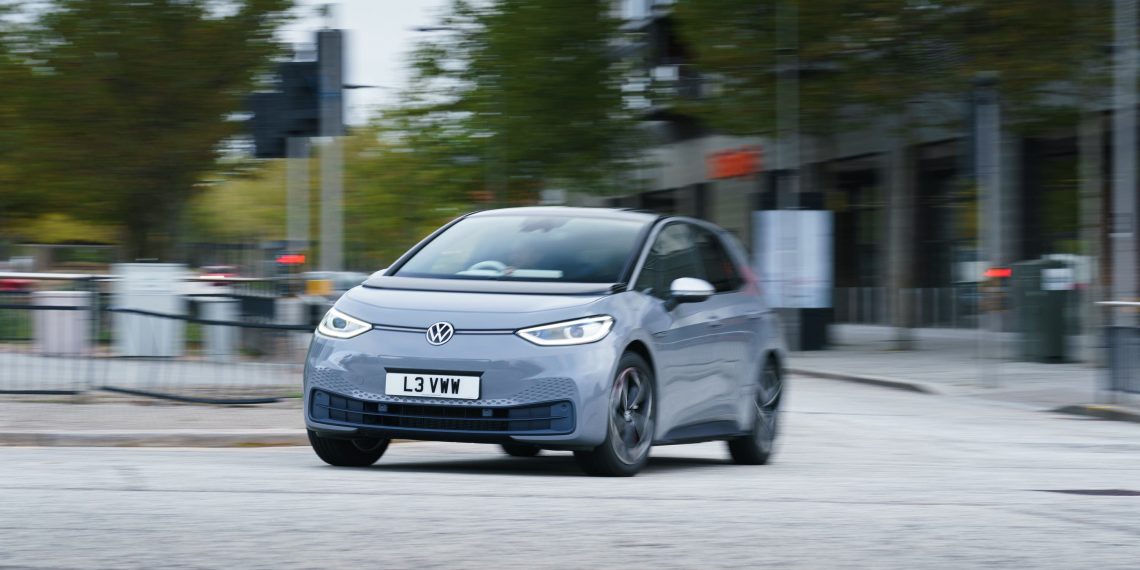 And being rear-driven, you’re made quite aware of how keen the ID.3 is to get going. Make no mistake, it’s not a tail-happy drift wagon, but ease out of a corner and the way the car pushes away has that distinct rear-wheel-drive assuredness. The performance on tap leaves most ordinary traffic for dead when going from a dead stop too, but even at higher speeds, the ID.3 has more than enough pep for motorway overtakes or dual carriageway merges.

Our only real complaint is directed at the forward pillars; though a section of glass does alleviate some of the issue, they’re rather thick and obscure your forward vision quite a lot.

Put the ID.3 against any other regular car currently on sale and you’ll see a marked difference. With a full light bar carrying across the width of the ID.3’s front, it has a really distinct ‘face’ and it’s one which is particularly noticeable at night.

I.D 3 is a really cool place to be in the night time. A lot of jazzy light going on pic.twitter.com/JPDknvVTMf

It’s the same story around the back, too. A large section of gloss black contrasts with whichever exterior colour you’ve chosen to give a genuinely distinctive appearance and it’s one which works extremely well.

However, don’t fear that this is a car that has been designed so that people won’t fail to take notice; get it in more subdued colours and, for the most part, it blends in rather well. It’s handy if you’re after an EV which doesn’t shout about its eco-credentials. 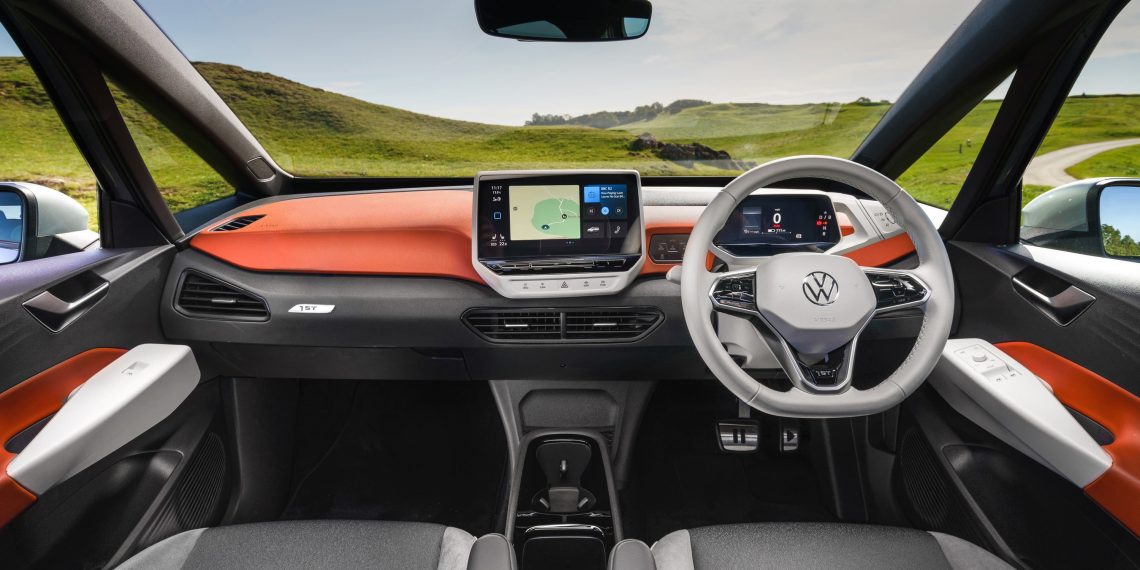 It’s in the cabin where things take a real step up. There’s an immediate sense of space, with a large lounge-like setup creating an instantly relaxing place to be. As we’ve already mentioned, some aspects are akin to those you’ll find in the current Golf, but whereas the Golf has to deal with mundane things like transmission tunnels and central gearsticks, the ID.3 does without – so there’s genuinely tonnes of space to play with.There are only a few quibbles to be had. The controls for the lights are placed awkwardly in between the screen and the wheel, and the gear selector itself feels as if drive and reverse are placed the opposite way around to how you’d expect. We’re sure that you’d get used to it over time, however.

Those in the back will find themselves well-kept in terms of headroom and legroom and even the boot has a comfortably usable capacity of 385 litres.

The I.D 3 has been initially launched in 1st Edition trim, which brings a whole host of standard equipment. Much like the new Golf, there’s a distinct lack of physical buttons with touchscreens doing the bulk of the work instead. It’s centred around a 10-inch display in the middle of the dashboard and it’s here where you’ll have access to the vast majority of functions.For satellite navigation, media and phone call access it works well. We found that during our time with the car getting through to the controls for the heating and ventilation took a little longer than it needed to be, however.

There’s also a 5.3-inch display ahead of the driver and it’s here where you’ll find the car’s speed, as well as key information such as range and battery levels. 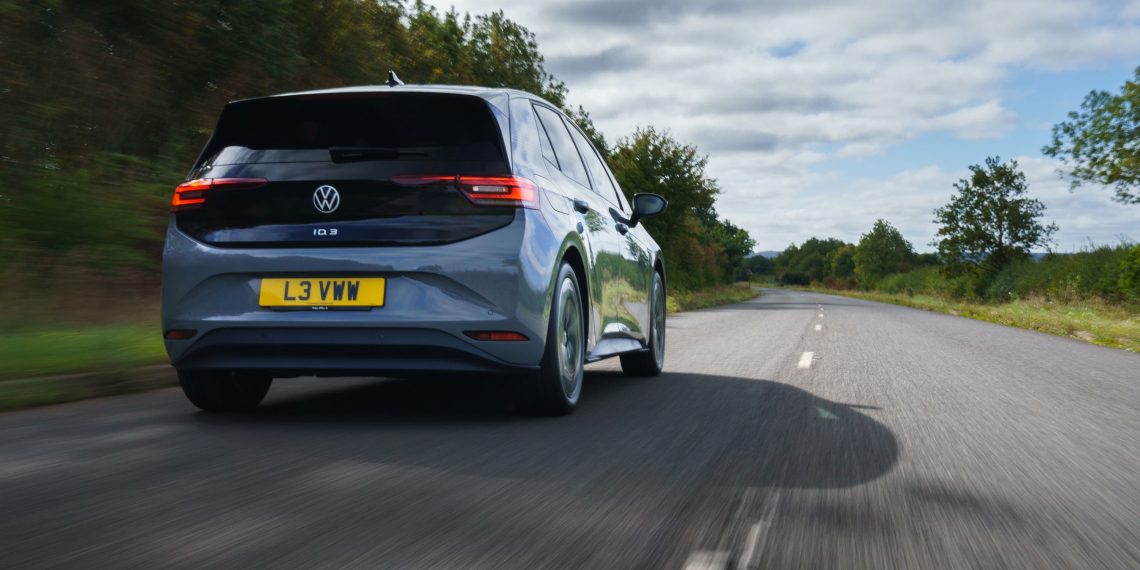 As we said at the start of this review, the I.D 3 really needed to be good. Thankfully, this is one incredibly well-rounded EV, with a decent range and excellent on-road manners combining with a well made but high-end interior to result in a car which really does feel like the genuine article.

Over the next few months, Volkswagen will introduce new variants of the ID.3, both with smaller and greater battery sizes, and resulting decreases and increases in range, which open the car up to an even larger audience. However, for now, even this initial I.D 3 is a confident step by Volkswagen into the fully electric future.