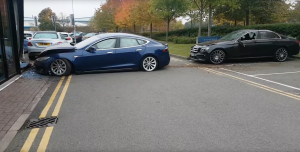 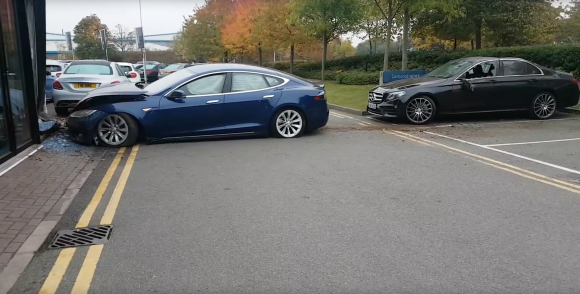 ‘Flying’ Tesla takes out Merc and ploughs into dealership

A TESLA Model S ran off the road and flew through bushes to land on top of a Mercedes E-Class before crashing into a dealership.

The spectacular accident happened at Mercedes-Benz and Smart of Hertford, on the Foxholes Business Park in John Tate Road, with the Tesla taking to the air for 30 feet after coming off a nearby roundabout and causing thousands of pounds of damage.

Three people were in the Model S and all of them were miraculously unhurt.

The dealership told Car Dealer Magazine that it was unable to comment on the incident, which happened early last Thursday and is the subject of a police investigation.

See the video of the aftermath below. (NB: Explicit language used.)