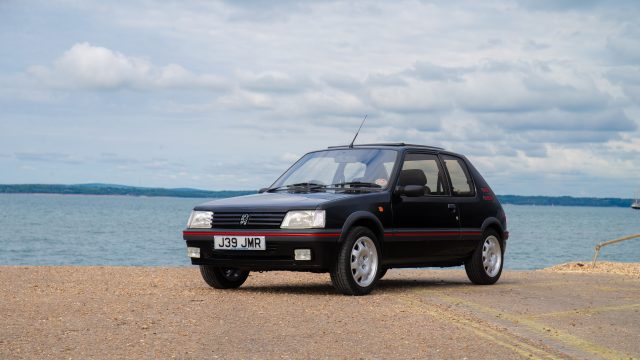 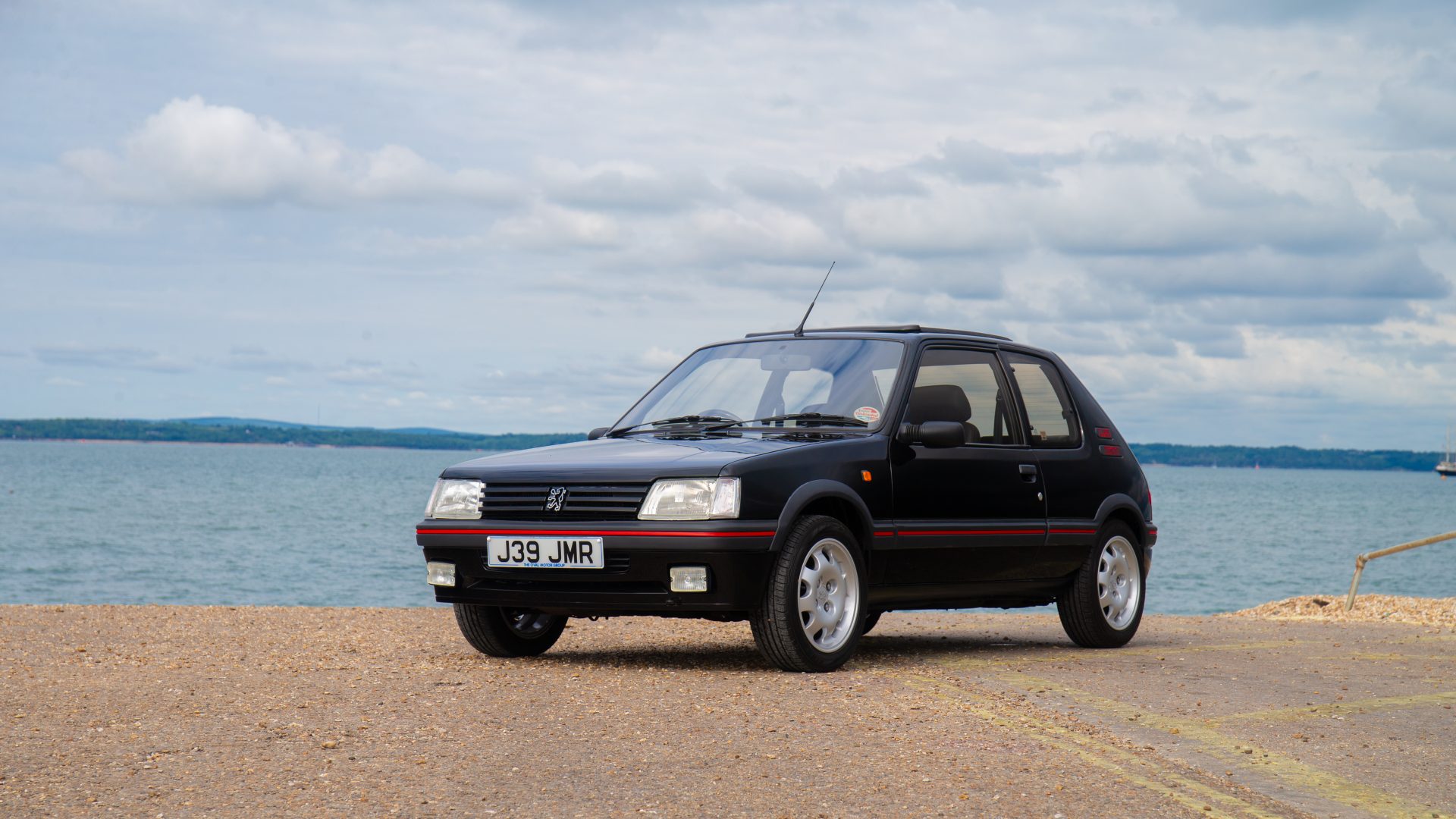 For sale: Selling our Peugeot 205 GTI 1.9 on Collecting Cars

If you’re anything like me, 80s and 90s hot hatches are what motoring is all about.

I’m showing my age now, but the cars that really get me going are the sorts I’d have seen luckier drivers ripping around in when I was plodding around on a moped.

Cars like the VW Golf MKII GTI, Renault 5 GT Turbo, Ford Escort RS Turbo and Peugeot 205 GTI were attainable performance cars for the masses and I dreamed of owning one.

As is often the case, my aspirations back then never really matched my budget and I had to make do with far less exciting cars – but the hankering for owning one of these greats lasted for many years.

I finally bought this Peugeot 205 GTI 1.9 in 2013. It was in a sorry state and needed some love and attention.

With the help of crash repair company Fix Auto, we ran a feature dubbed ‘Project Peugeot’ which saw the car stripped back to its bare metal chassis, its windows removed, and it was treated to a full respray.

Sourcing parts for the car wasn’t easy. I wanted as many original parts as I could find and managed, with the help of the then chairman of the Peugeot owners club, to locate new headlights, the red trim that goes around the bumpers and a few other bits on a dusty shelf of a Peugeot dealer in deepest, darkest France.

The alloy wheels were removed, stripped back and repainted to the same high standard as the car and Falken handed over some new tyres.

The team at Fix Auto’s Petersfield branch painstakingly put it back together, even refurbishing and repainting the badges by hand, to eventually put it back to a condition arguably better than when it came out of a factory.

When I picked it up, I couldn’t believe the transformation. It was stunning. The perfect little proportions were accentuated by a deep, dark gloss black paint.

In fact the restoration was so good I struggled very hard to drive it. I constantly worried about damaging it or picking up a stone chip, but the rare days I did take it out were glorious.

The 1.9-litre engine, producing up to 126bhp, is still a delight today and with its featherweight proportions, still feels rapid to drive.

In the preceding years, I used the 205 rarely. It spent most of its time under a cover in the Car Dealer Magazine lock-up, so much so that embarrassingly since 2017 I’ve covered just 816 miles.

It has had some jaunts though. Including for a photo shoot for the cover of Used Car Awards and Wheeler Dealer host Mike Brewer’s magazine on used cars.

Why then, am I selling it? Well, notwithstanding the fact I’ve bought a new car that I need to make some space for, the Peugeot really is too good to leave under a cover in a garage.

I want it to go to someone who will use it, take it to shows and enjoy it.

Back when I was a teenager lusting after these things, I never imagined I’d leave it freshly polished in a lock-up.

So when it came to choosing where to sell it there were a variety of options, but I’d been watching with great interest the Collecting Cars auction sites story for some time.

Chatting to Ed earlier this week, he told me many of the current sales are being powered by dealers looking for stock, especially for the high end models.

‘Porsche stock is often bid up to the reserve price by dealers and then the cream on top is the consumers looking for a bargain,’ he said.

Usually Collecting Cars sends out a photographer (for a fee) to take the 150 pictures it needs for every one of its listings, but we decided to take our own.

The list is extensive and took us more than two hours to cover properly. You can see some of the pictures we took here, but the full set is included in the listing.

After that I filled in a simple consignment form which took less than 10 minutes to complete and then the Collecting Cars team did the rest.

The auction firm’s team write the full description and then send it over for a once over before it goes live. You have to agree a suitable reserve first, but in my case it was easy as I didn’t want to set one.

I know that’s risky, but I want to sell it and find auctions go better when bidders know they can definitely win it.

I’m interested to see how it goes. Collecting Cars says it has a database of 150,000 people who it mails its auctions out to regularly and the firm is prolific on social media.

It helps that it has Top Gear’s Chris Harris – a good friend of Lovett’s – backing the venture and helping to promote it. He also writes a weekly column for the site.

This is actually the second time the Peugeot has been auctioned – the last time was in 2019 when I lost my nerve and actually bought the car back.

That painful experience saw me having to shell out the buyer and seller’s fees to Classic Car Auctions, but the £8,000 it was making, I felt, was a little too low.

What am I hoping for this time? I don’t really know. Mostly for it to go to a good home, but equally a better result than £8k. I’d like to think it’ll do both.

To bid on the car, visit the Collecting Cars listing here.