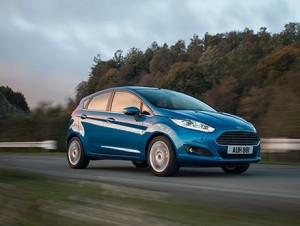 MOTORS.co.uk has announced its car-selling trend data for July – with some surprising results.

The month saw the Ford Fiesta and Ford Focus retain the top spots for a fifth consecutive month, while the Vauxhall Astra stole third place from the Vauxhall Corsa for the first time this quarter.

July also saw the introduction of a new entry into the top ten – the Fiat 500 at number seven. And the best-selling hybrid car for July was the Toyota Prius.

Dermot Kelleher, director of marketing and business intelligence at Motors.co.uk, said: ‘These are the cars that have leapt up the ‘just sold’ charts. The Seat Mii has enjoyed a massive 83 per cent sales increase month-on-month, with the Vauxhall Adam up 73 per cent and the Volvo V40 up 44 per cent in July.

‘This has also helped Vauxhall hold onto its place as second most popular vehicle make. Volvo and Seat also experienced a good month – rising four places and three places in the manufacturer’s league table respectively.’