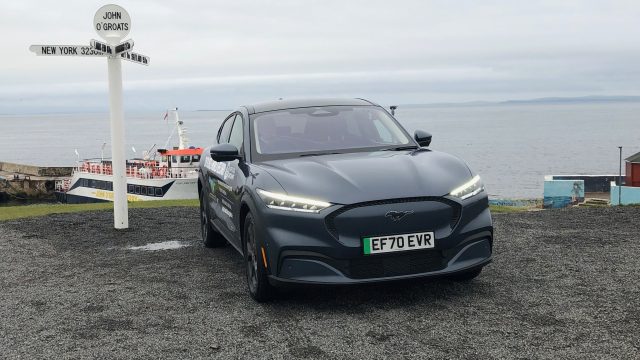 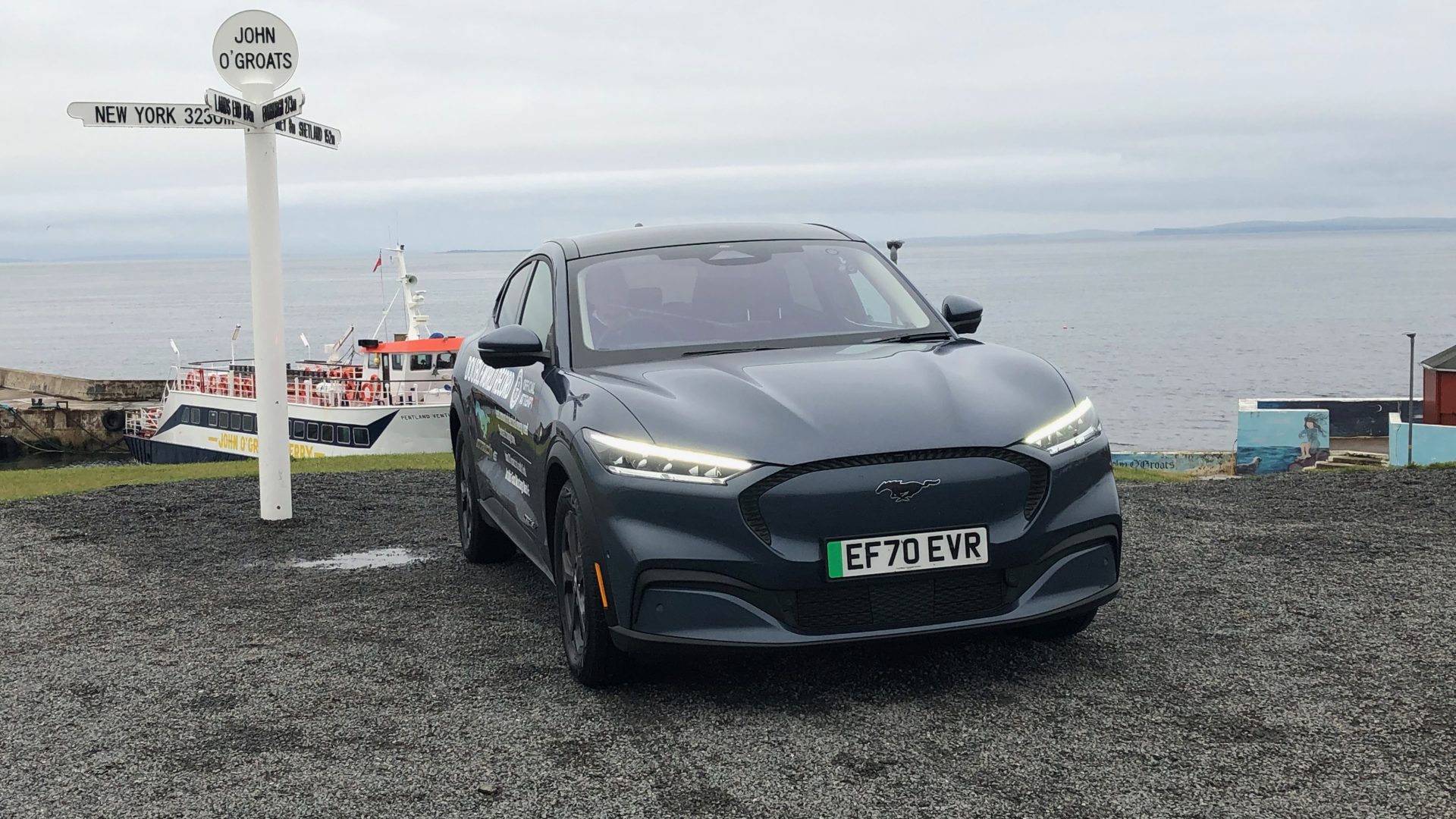 Not content with claiming one Guinness World Record, Ford has notched up another two with its Mustang Mach-E.

In July, the pure-electric SUV took part in an efficiency run between John O’Groats and Land’s End where it achieved a new record for the least energy consumed by an EV.

Despite having ‘just’ a 379-mile range, the Mustang consumed 6.5 miles per kilowatt hour (kWh) – technically giving it a 500-mile range. This broke the previous record of 1.8 miles per kWh.

Now the car has claimed the shortest time charge record, taking just 43 minutes, 13 seconds for a charge on the John O’Groats and Land’s End trip – over half an hour quicker than the previous record, held by Tesla.

The Mustang has also claimed the record for the fewest number of stops to complete the journey, notching up just one break for a top-up charge. 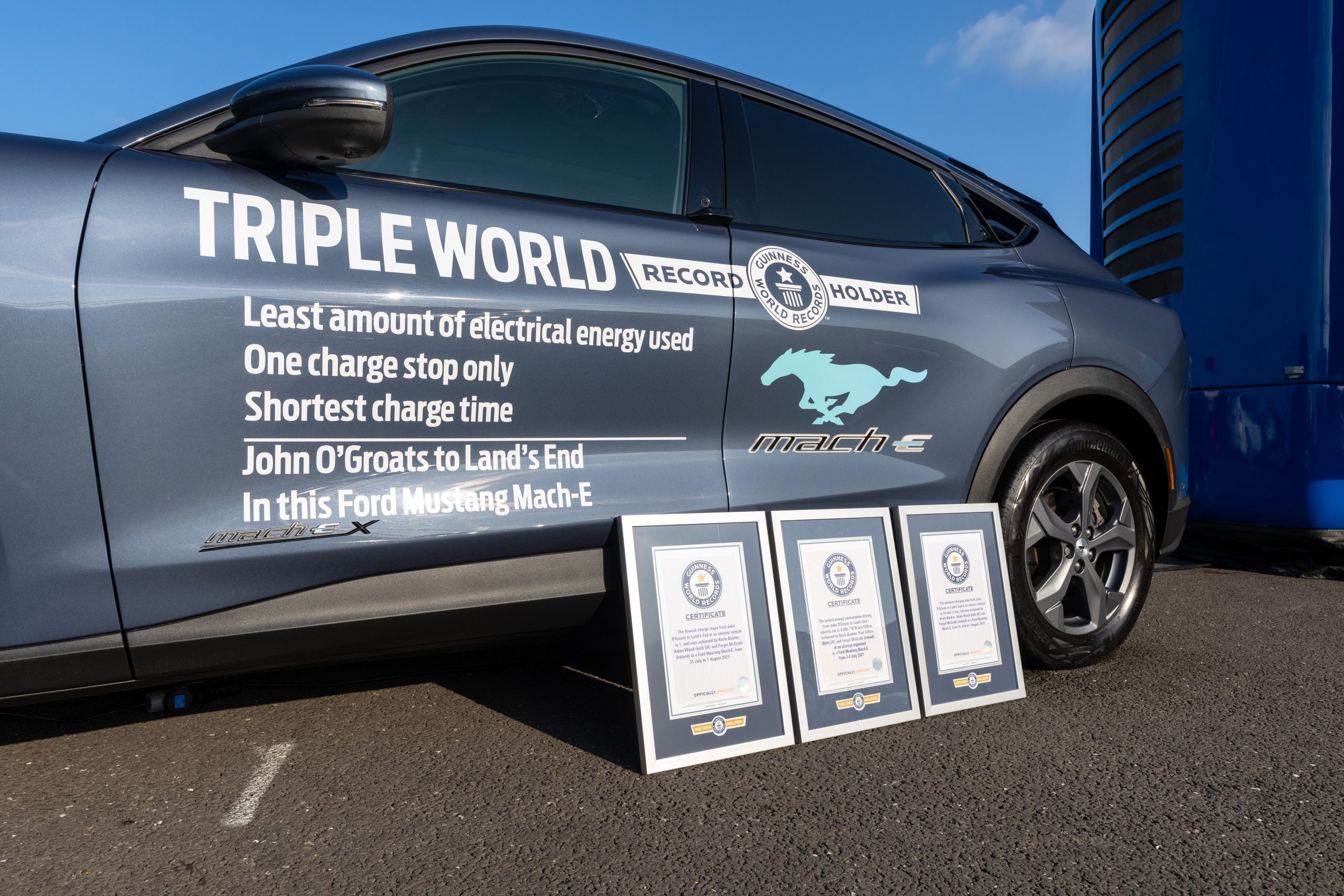 Tim Nicklin, Ford’s electrification manager, said: ‘As deliveries ramp up, customers can be assured of Mach-E’s viability for daily use – as evidenced by this triple record-breaking performance, even on the UK’s most extreme journey.

‘Ford’s own Go Electric report on consumer perceptions reveals that the average range which the public thinks an electric car can travel is under 150 miles.

‘If the Mach-E can achieve well over three times that distance in the hands of professionals, and under 45 minutes of top-up charging on route, it can easily accommodate customers’ everyday requirements.’