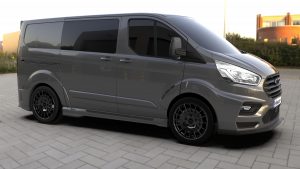 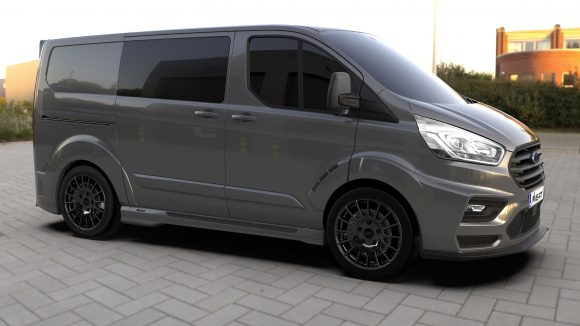 MS-RT – M-Sport Rally Team – has used the wide range of technology at its disposal to let van drivers go about their daily commercial duties with the feeling that they are also driving a sporty vehicle.

On the outside, the van has undergone a full front bumper and grille replacement, with integrated fog lamps, an extreme front diffuser, wide body arch extensions, sills, rear diffuser and rear spoiler. All the parts are manufactured at MS-RT’s factory in Pontypool, south Wales. 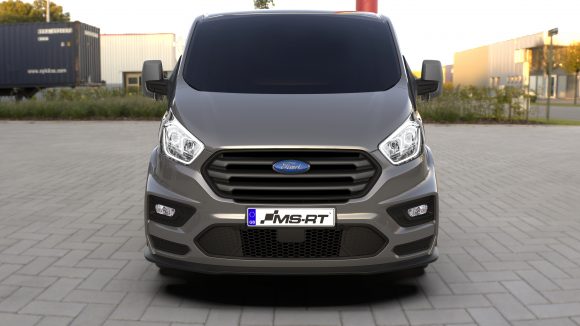 The performance theme continues inside, with handcrafted nappa leather and suede seat facings, and a sports steering wheel with carbon-fibre inlays. The rally-style aesthetic is completed with MS-RT-branded floor mats and dash clocks. 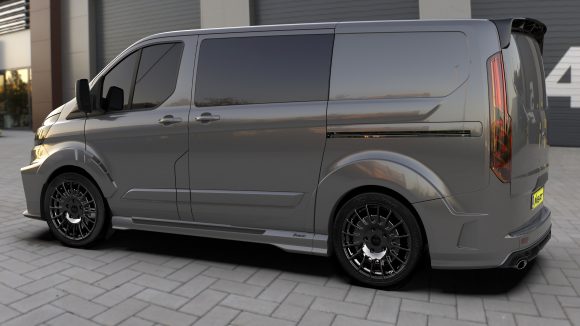 Under the bonnet is a 2.0-litre diesel engine, producing 167bhp and 405Nm of torque. This powertrain can be paired with either a six-speed manual or six-speed automatic transmission. Several different cabin layouts are available, including a two-seat panel van, three-seat panel van, five-seat double cab and six-seat double cab, as well as a choice of long or short wheelbases and a tailgate or twin back doors.

Ed Davies, founding director of MS-RT, said: ‘The new MS-RT Transit Custom takes an already excellent van and turns it into something really special, which owners are bound to cherish and which businesses will use to make their brands really stand out.

‘We’re extremely excited about the launch of the new Custom and what it means for MS-RT, as well as our many loyal customers. In addition, it’s also great news for the British economy, as every single vehicle is hand-finished in our factory in Pontypool.’ 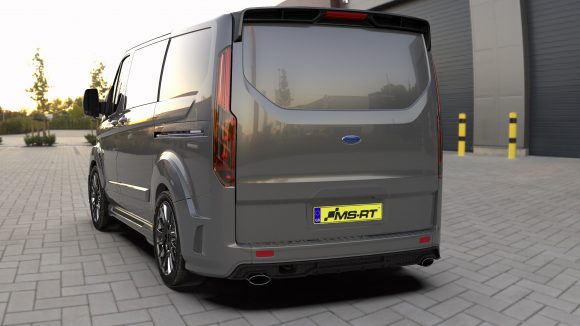 Full details of pricing and specification for the MS-RT Transit Custom will be announced next month.

On WorkshopMagazine.co.uk: JOB OF THE WEEK: Tyre technician in Greater Manchester