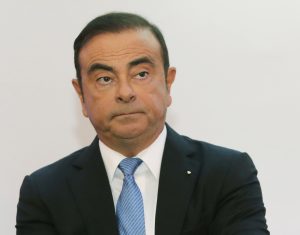 A REPORT on Nissan’s management and corporate policy has said that the company gave its former chairman Carlos Ghosn too much authority.

The businessman – who is awaiting trial after being arrested last year for allegedly under-reporting his pay and misusing company funds – was said to have been ‘deified’.

He is said to have encouraged a corporate culture where he was given total authority.

The report from Nissan’s governance committee described the set-up among top management as one in which ‘no one can make any objections to Mr Ghosn’ and said he had been presented as ‘a saviour who had redeemed Nissan from collapse’.

Ghosn reportedly ‘shut down’ challenges to his authority by having objectors transferred or moved to other positions. The committee also said there had been a failure in checking and balancing Ghosn’s power because of his installation of close associates in similarly high-up positions – including at the company’s legal division and audit office.

The committee issued 38 recommendations to improve Nissan’s management, suggesting that top executive positions should not be filled by people also serving in similar roles within partner brands Renault or Mitsubishi.

However, a spokesperson for Mr Ghosn dismissed the claims, saying in a statement: ‘Like the other allegations made since November, those found in this so-called independent ”report” will be revealed for what they are: part of an unsubstantiated smear campaign against Carlos Ghosn.

‘Ghosn acted at all times with the full authority of the board and its shareholders, and his paramount goal was achieving value for Nissan’s shareholders.’

The former Nissan boss was held in detention for more than three months and released on bail of one billion yen (circa £6.8m) earlier this month. If found guilty, he could face up to 10 years in prison.