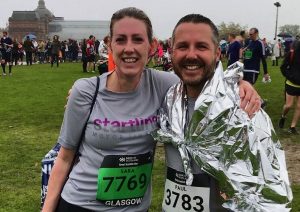 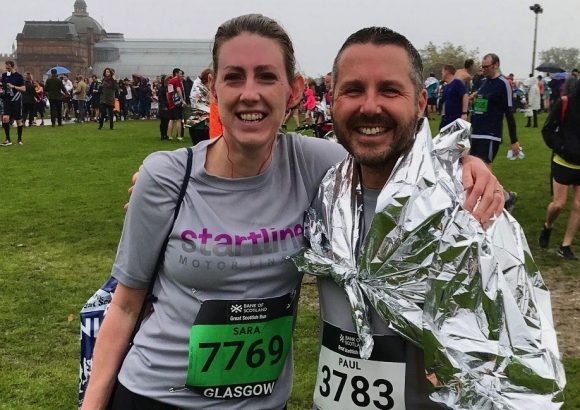 From Startline to finish line – thousands raised for youngsters’ charity

A TEAM of 12 employees from Startline Motor Finance raised more than £3,500 for a youngsters’ charity when they took part in the Great Scottish Run.

Eight employees from the Glasgow-based company ran a 10km course along the River Clyde, going past a number of the city’s landmarks such as the SSE Hydro, Pacific Quay and the McLennan Arch. Meanwhile, the other four members of the team completed a half-marathon route. In total, around 30,000 people took part in the event.

Startline’s chosen charity was the Saturday Café – a club that offers recreational activities for disabled children and youngsters in Glasgow, promoting social integration, health and wellbeing.

Sara Copeland, pictured left, head of human resources at Startline, said: ‘Taking part in this kind of event is good for everyone. It raises funds for a very worthwhile charity – and one with which we have personal links – while promoting healthy activity across the company.’

Startline chief executive Paul Burgess, pictured right, said: ‘There’s a lot of enthusiasm for running here at Startline and it is good to have such a high level of involvement. We’d like to say thank you to our many sponsors across the motor finance industry.’