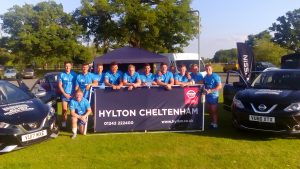 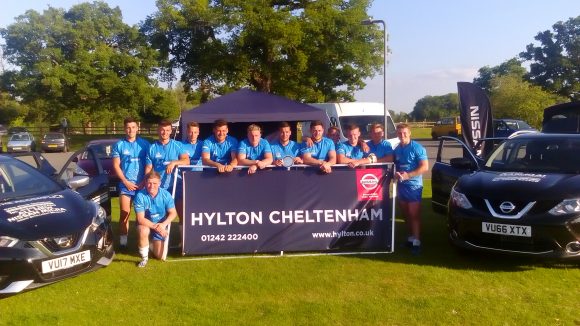 A MEMORIAL rugby sevens tournament, sponsored by a Cheltenham Nissan dealership, has raised more than £1,500 for charity.

Hylton Nissan, of Manor Road, Swindon Village, sponsored the Seabass 7s, which also counted as a qualifier for the England RFU 24Sevens competition.

Hosted by Ledbury Rugby Club, the tournament was also in aid of Midlands Air Ambulance and Birmingham Children’s Hospital.

The partnership between the dealership and the tournament came about thanks to Alex Jakeman, a sales executive and Motability specialist, who is also a club member and former player.

He said: ‘As a dealership we were absolutely delighted to be the title sponsors of this very popular tournament, and as a club member myself, it was a real honour.

‘The tournament started a few years ago after one of our most popular players, Jack Seagust — known as Seabass — passed away. It was a great weekend, even though I wasn’t able to play this time around, and we’re looking forward to building our relationship with the club.’

As well as being title sponsors, Hylton had a large stand at the event, showcasing the Nissan Qashqai and all-new Nissan Micra, and several spectators have booked in for test drives in the coming weeks.

The competition was won by Honey Badgers, who go through to the Midlands finals in two weeks, while Smiths 7s were the social winners.

On SuperUnleaded.com: Unicorn-inspired ‘Pride’ Mustang goes on sale for charity