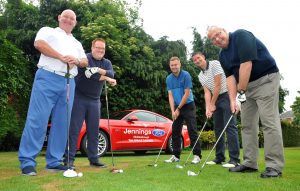 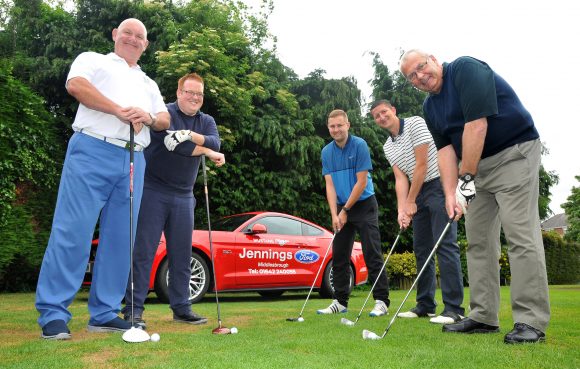 Team Jennings closed the proceedings by being the last to tee off behind 32 teams of four players consisting of professionals, club members and business community representatives.

Participants enjoyed a competitive afternoon of eagles, birdies, bogeys and nearest to the pins, followed by a meal and an award presentation at the clubhouse.

The group has been supporting the Thornaby-based club for the past four years in total, and operates dealerships local to it.

Nas Khan, Jennings Motor Group’s managing director, said: ‘Over the years we have forged a good working partnership with Teesside Golf Club and we look forward to further developing this in the future.’

In addition to taking part in the event, Jennings Motor Group also had a range of vehicles on display from its Ford, Kia, Seat and Mazda dealerships, as well as one of Harley-Davidson’s iconic motorcycles, courtesy of the company’s Gateshead-based dealership.

Club president/secretary Steve Wood said: ‘We are delighted to have such a long-established and well-respected business partner like Jennings on board.

‘Once again, the pro-am was a huge success. Congratulations to winning pro Jonny Graham who shot at 69 and to Glenby Offshore for winning the team event on a count back with 22 under, having been tied with John Bayne Accountants.

‘Well done as well to Paul Forrester who was in the CCG Cable Company team and scored a hole in one on the 13th.’

On SuperUnleaded.com: The Aston Martin Vulcan gets even more extreme