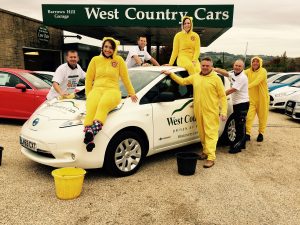 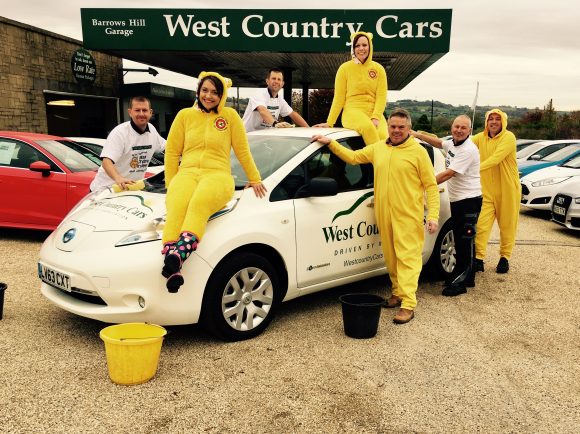 Getting ready to make a splash for Children in Need

A DEALERSHIP in Somerset is getting the buckets, sponges and hot water ready once again for its annual car wash in aid of Children in Need.

It will be the fourth time that West Country Cars in East Chinnock, near Yeovil, has held a car wash for the charity, and it says this one will be bigger and better than before.

The Barrows Hill Garage team will be washing cars from 9am to 4pm this coming Friday, and they’re aiming to smash last year’s figure of £2,000, which was reached after finance partner MotoNovo fund-matched the £1,000 that the family-run business raised with its hard work.

As well as the car washing, there’ll be a pop-up cafe, a cake stand plus a raffle with prizes including Wincanton race tickets and afternoon tea at the luxury boutique Lanes Hotel.

Money raised from this year’s event will be split between Children in Need and The Lily Foundation, which aims to find a cure for mitochondrial disease.

MORE: Thousands raised as staff turn themselves into superheroes for Children in Need