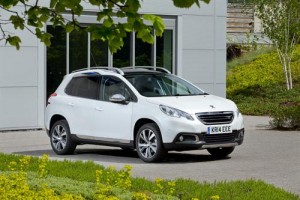 GLASS’S expects new car registrations to rise four per cent in April and stabilise at 170,000 units.

The company believes ‘deferred purchasing behaviour’ in February in the fleet and business marketed will be the cause along with continuing strong private registrations.

Andrew Jackson, head of analytics at Glass’s, said: ‘From a seasonally-adjusted perspective, the evidence indicates that the low levels seen in February for business and fleet registrations were as a result of deferred purchasing behaviour in anticipation of the 14-plate.’

‘This pent-up demand goes some way to explaining the overwhelming reversal of fortunes for the sectors with the exceptionally large spikes in growth registered for both fleet and business registrations, not to mention Private sales retained its impressive growth trajectory also,’ continued Jackson.

‘April, being a post-March “hangover” month, typically returns approximately seven per cent of the total annual registrations. Furthermore, it is far more difficult for manufacturers to “quietly” self-register vehicles in the leaner months of registration. As a consequence, the end-of-month values are less prone to distortion and more reflective of actual market demand.

‘The expectation for April is that registration growth will stabilise and result in circa 170,000 units being registered and would represent a year-on-year growth of approximately four per cent.’