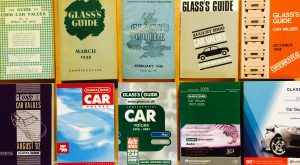 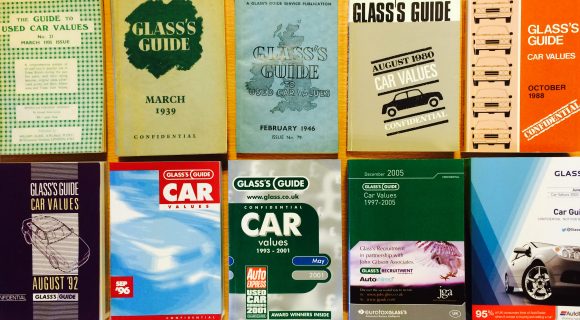 THE final print edition of Glass’s Guide will roll off the presses next month after 83 years of continuous publication interrupted only by the Second World War.

The company has announced that the August 2016 issue, the 925th, will be the last. Afterwards, all Glass’s subscribers will access their car valuation information digitally through the Glass’s Guide App, a switchover process that has been under way since 2014.

Rupert Pontin, director of valuations, said: ‘This is a momentous occasion. The image of the car dealer leafing through their Glass’s Guide at a motor auction or on the forecourt is very much etched into the public consciousness.

‘However, the vast majority of our subscribers have been accessing our information through smartphones, tablets and PCs for some time. They do this for very good reasons – the Guide App contains four times the number of car valuations, alongside easy mileage adjustment and registration look-up.

‘Just a handful of subscribers were still taking the printed guide. We continued publishing it long after the point at which it was economic to continue doing so but have finally taken the decision to stop.’

The rate at which customers have already adopted the Glass’s Guide App – which works on Android and Apple devices – has been rapid following its launch in 2014, Pontin said.

‘The App was built with dealers’ needs firmly in mind. The layout of the valuations is designed to be familiar to long-time Guide users, it saves recent searches, gives access to historic valuations and even works offline, as we know connectivity in motor auction halls isn’t always reliable.’

He added that he believed that William Glass, the original publisher of the Guide born in Scotland in 1881, would have approved of the App.

‘William was very much a forward thinker and a notable inventor who created the portable hydraulic jack, the electric switch-off kettle, the self-filling fountain pen and the through-the-propeller machine gun firing mechanism. I’m sure he would have been fascinated by our digital world.’

The remaining print subscribers to the Guide have been notified and the company was supporting them in the move to all-digital, he added.

‘This is an historic moment for us and we remain dedicated to providing our subscribers with access to market leading car valuation data that is consistently the most accurate available.’

Glass’s have no plans to end their other printed guides covering the commercial vehicle, caravan and motorcycle sectors.

On SuperUnleaded.com: Meet crash-proof Graham – or is it the Abzorbaloff?