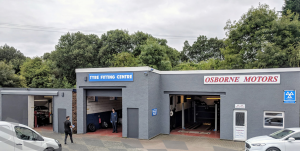 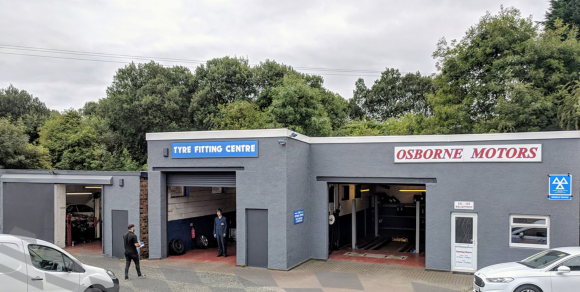 A family-run garage in Dunfermline rushed to the rescue of a nurse when she found that two tyres on her car had been slashed.

Osborne Motors, which is in Rumblingwell, found out about the sickening attack via a customer who put a message out on Facebook asking if anyone could help. After getting her phone number, they were down there in 10 minutes to put things right on the Citroen C4.

Co-owner Michael Osborne told Car Dealer Magazine: ‘The girl had come out to her car to go to work and two of the tyres had been slashed. She’s a single parent and was stranded there.

‘She had nobody to help her and wasn’t in a breakdown or recovery service so was stuck, and I saw the comment and said “We’ll get the tyres” so we went down and were able to take the wheels off the car and get the new tyres for her, and that was her back up and running again.

‘It was a horrible thing to happen to anybody but especially if they’re in the NHS. For that to happen to somebody like that or any NHS worker is disgusting and really below the belt. She was distraught and couldn’t believe anybody would possibly do that to her. I was just happy to help so that she could get to work.’

But he said he didn’t think the woman had been targeted because she worked for the health service. ‘I do believe that it was a mistaken identity because of a car similar to hers that was right round the corner. It’s a shame.’

And after his charitable act of replacing the tyres for free, the nurse, who didn’t want to be identified, was full of gratitude, while the garage, which was established in 1971, also received many messages of praise via Facebook and email – as well as a thank-you card pushed through its letterbox from a customer.

So my friend that works for NHS 24/7 went to her car this morning to find two car tyres slashed! What is wrong with…