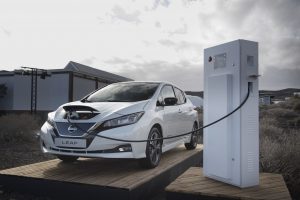 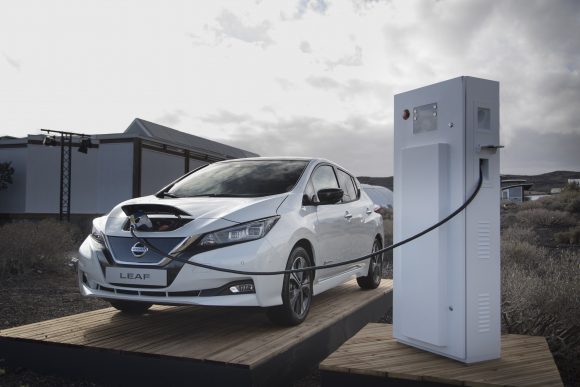 NISSAN has welcomed a £9.8m government investment in a UK vehicle-to-grid (V2G) project.

Richard Harrington, minister of the Department for Business, Energy and Industrial Strategy, announced the funding for the large-scale V2G demonstrator project.

It will consist of 1,000 V2G installations that will evaluate a commercial offer to EV fleet customers. An aggregator will control the chargers and collect data from them to understand the technical characteristics of V2G charging for both vehicles and electricity networks.

A consortium, led by Nissan, will bring EV expertise to the project. It’s made up of infrastructure provider Nuvve, National Grid, UK Power Networks and Northern Grid. Research will be provided by Newcastle University and Imperial College London.

Nissan says that V2G will leverage its brand commitment to Nissan Intelligent Mobility to ‘transform the way people drive’.

Francisco Carranza, managing director of Nissan Energy at Nissan Europe, said: ‘Nissan has been saying for a long time that the future is electric. That forward-thinking led us to produce the world’s most successful mass market EV – the Nissan Leaf.

‘Today, our electric vehicles are not just transforming the way we drive, but also the way we live. We now look at our cars as so much more than products which simply move people from A to B – they are an intrinsic part of the way we consume, share and generate energy. This will have a fundamental impact on the shift from fossil fuels to renewables.

‘Our EVs can be plugged into the grid and support the transmission and distribution companies in making the UK grid more sustainable and more stable. The increase of electric vehicles penetration, the introduction of more and more distributed generation and storage, and the overall increase in renewable energy penetration, should be done smartly.

‘To ensure Nissan plays a wider role in the advancement and protection of our cities, our electric V2G-ready vehicles will be used as clean mobile energy units. Nissan has also reiterated its bold mission to offer customers free power for their EVs. V2G introduction will change the rules of the game and make energy cheaper for everyone.’

MORE: Nissan to introduce an electric crossover in the next three years