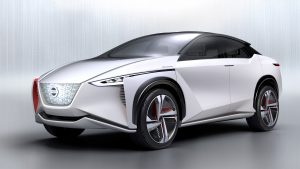 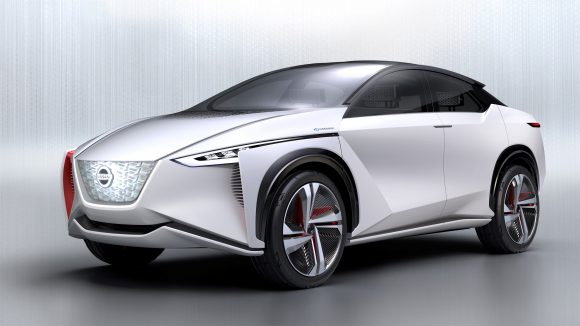 Nissan to introduce an electric crossover in the next three years

NISSAN unveiled what will become the car maker’s next electric vehicle at the Tokyo Motor Show today.

The concept car, named the IMx, hints at the possibility of a large crossover with an electric powertrain and is equipped with autonomous driving.

The senior vice president for global design Alfonso Albaisa revealed that the car fits into the C / D segment and is slightly longer than the current Qashqai at 4.7m.

He also added that we should be seeing the production car within the next three years, as also hinted at by the head of Nissan’s global sales and marketing division Daniele Schillaci at the car’s unveil.

Here’s a first look at the #Nissan IMx concept at #TMS2017. An EV crossover with autonomous tech. pic.twitter.com/9QVfJXXZ6w

The design boss said: ‘We don’t tend to look more than three years into the future. As designers we are a bit like fruit flies and after that timing we’re on to something else.’

The new design concept is built on a new electric platform, unlike the one currently used in the Leaf.

‘Technically speaking the electric platforms coming out aren’t the same as Leaf,’ he said. ‘The Leaf will lead a solid, good life and then these cars are coming later in its lifetime.’

Albaisa added: ‘Because the technology of EV is evolving so fast, the platforms get renewed a bit quicker.’ 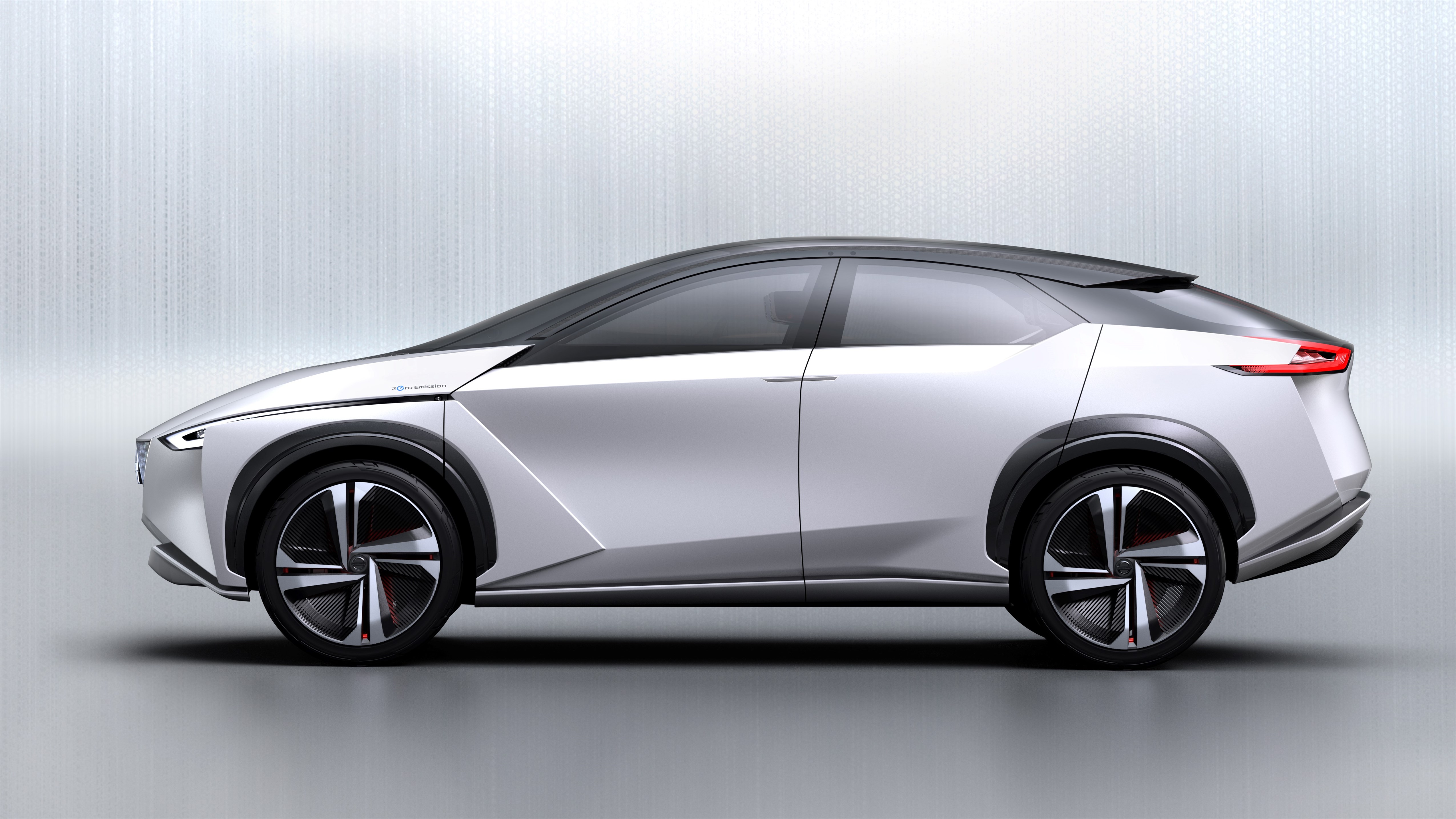 Nissan also revealed at its press conference a new sound that all of its EVs will produce.

‘The sound you just heard was the sound of the future. It’s a sound that we call Canto – soon it will be heard from our Nissan cars on streets around the world,’ said Schillaci.

The tuneful hum, an almost musical version of the traditional car engine, answers a problem faced by electric cars for many years. The addition of this noise means Nissan EVs will retain a recognisable sound while also alerting pedestrians and other road users to the car’s presence.

‘An important element of Nissan Intelligent Mobility is how the vehicle integrates with society, and a crucial component of that is sound,’ he said. ‘Canto has been developed to help with pedestrian safety, as well as to provide a distinct Nissan sound – one that is energizing and confident, authentic to our brand and representing our unique position in the electrified marketplace.’

On SuperUnleaded.com: 5 cool cars at the Tokyo Motor Show 2017