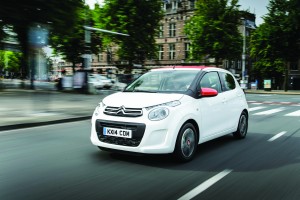 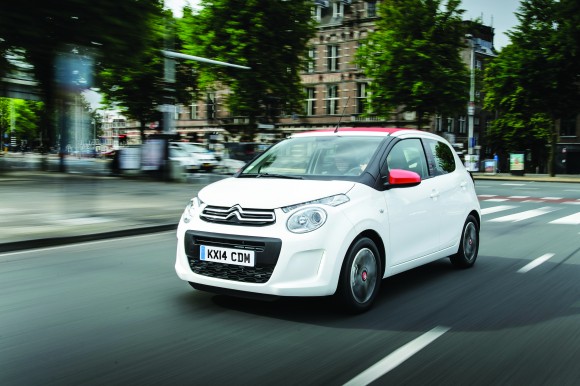 CAN this revamped city car see off the threat from rival siblings spawned by Toyota and Peugeot? Leon Poultney reports.

In short, it’s a complete overhaul of Citroen’s popular C1 model. Revised chassis and suspension settings will be welcome news for those used to the jarring ride of the previous model, as will the improved infotainment system that now packs some seriously useful technology.

Just two engines will be available from launch and they both drink from the green pump. The 1.0-litre, three-cylinder VTi unit packs 69bhp and comes mated to either a five- speed manual or Citroen’s slightly clunky ETG auto ’box. It can also be specified with fuel-saving Start/Stop technology. A more potent 1.2-litre, three-cylinder unit boasting 82bhp is also on offer, and because it powers such a tiny car actually makes for quite a sprightly drive. Don’t expect the Aygo to keep up, as the Japanese marque has opted not to stock this powerplant, incidentally.

In an uncharacteristically French move, the trim levels are fairly easy to navigate and the majority of equipment comes as standard. Hill Assist, which automatically holds the car on inclines over three per cent, is gratis, as is the eco-friendly gear-change indicator. Customers should splash a little cash on the seven-inch touch tablet, as it not only looks fantastic it also packs ‘Mirror Screen’ that allows drivers to access a number of smartphone apps while driving. The sound system is fantastic and the plethora of interior personalisation options will ensure every C1 is pretty much bespoke to the buyer.

The list of improvements over the previous model is longer than the redux edition of Apocalypse Now. A lighter rear axle, new suspension springs, enhanced shock absorbers and a new anti-roll bar equate to a much improved ride, and new electric power steering makes navigating the city streets a doddle. Even the cracked and cobbled roads of Amsterdam were no match for the plucky C1. It sucked up the imperfections like they were going out of fashion – which, as we Brits know only too well, are not.

Auto Express said: ‘The soft suspension and numb steering mean body control is fairly loose in corners, but then parking is especially easy.’

AutoTrader said: ‘The engine gives a very decent performance, and the car gives a comfortable ride.’

The latest C1 is a vast improvement over the old model. Interiors are still basic but perfectly acceptable. Choosing a C1 over its Peugeot and Toyota siblings will likely be a decision based on personal taste, but we can safely say that the revvy 1.2-litre engine in such a tiny frame is bags of fun. 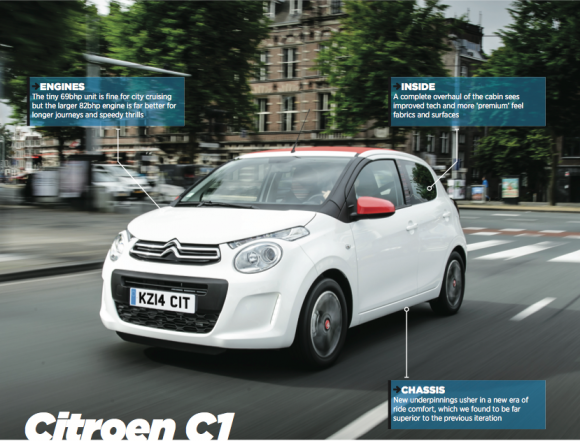