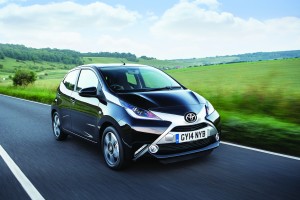 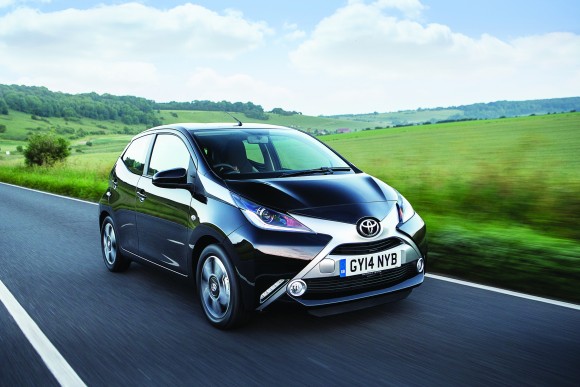 It’s a small car with character. Whether that character appeals to you is, of course, your decision, but we feel Toyota deserves credit for livening up the cityscape with a car that’s anything but ‘vanilla’. The manufacturer is hoping the car will prove a force to be reckoned with in the increasingly busy A-segment. The company’s target is to shift 24,000 examples by 2015, which would mean it would grab a nine per cent market share of the segment.

New Aygo features a comprehensively revised version of Toyota’s three-cylinder 1.0-litre engine. There’s more power and torque: 69bhp at 6,000rpm and 95Nm at 4,300rpm; 85Nm of torque is available from as low as 2,000rpm. Toyota says the engine is still very ‘sprightly’ – but is that really the right word? Sprightly to us conjures up an image of a 90-year-old who still likes to do a spot of line-dancing.

We liked it. The dashboard layout is intuitive, visibility is pretty good all round and the car handles well. The pedals need the lightest of touches, and although we know the level of engine noise has attracted criticism in the past, the distinctive sporty note is not unappealing. The car is nimble around town, with a dinky turning circle, and as such a doddle to park in the tightest spots.

What Car? said: ‘The Aygo brings a distinctive style and low emissions to the supermini class, but there are rivals out there that are quieter and more spacious.’

Auto Express said: ‘No other city car drips with so much sheer attitude.’

When the Aygo was launched in 2005, it didn’t have too much competition in the city car segment. Now the situation is very different, with a crowded marketplace and far more choice for buyers in this particular market. However, with its mixture of technology, personality, and competitive pricing, it should do well and deliver Toyota the sales figures it’s after. The X-shaped grille, its most distinctive feature, is definitely a Marmite touch, though. 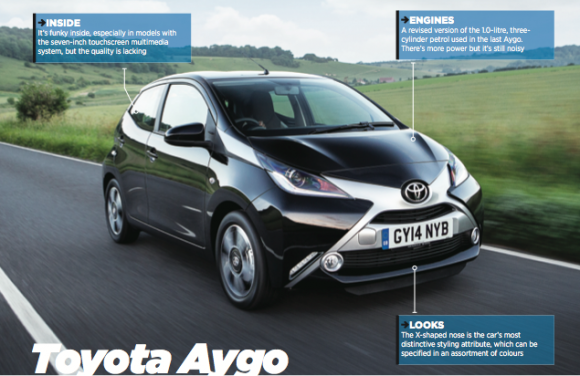