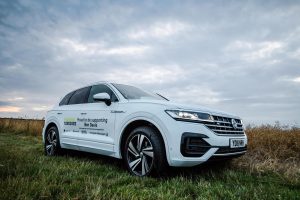 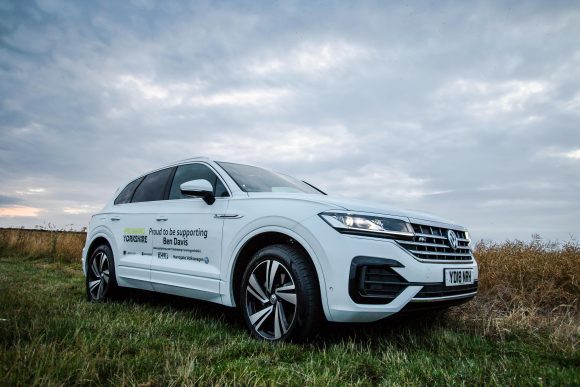 Harrogate Volkswagen comes to the rescue of epic charity run

HARROGATE Volkswagen has come to the rescue of a fundraiser running more than 450 miles for charity after he was left without a support vehicle.

Ben Davis, 31, is currently running the equivalent of 18 marathons in 18 days, lapping Yorkshire in the process, in aid of the Campaign Against Living Miserably (Calm).

However, just 48 hours before he was due to start, Davis was told his support vehicle wouldn’t be available. Fortunately, help was at hand in the form of Kevin Howe, head of business at Harrogate Volkswagen.

Howe had the dealership prepare an all-new Volkswagen Touareg and handed it over to Tom Bentley, who is supporting Davis by carrying supplies and recording the adventure.

Davis set off from Scarborough on August 1 and is following a route through Cleveland Way, the Yorkshire Dales, Humber Bridge and Spurn Point, before finally returning to the point he set off from. It will see him cover some 472 miles and climb a total of 41,000ft – higher than the summit of Mount Everest – while carrying his camping equipment on his back.

The selfless runner is aiming to raise a total of £20,000 for Calm – an award-winning charity dedicated to preventing male suicide, which is the biggest killer of men under the age of 45. 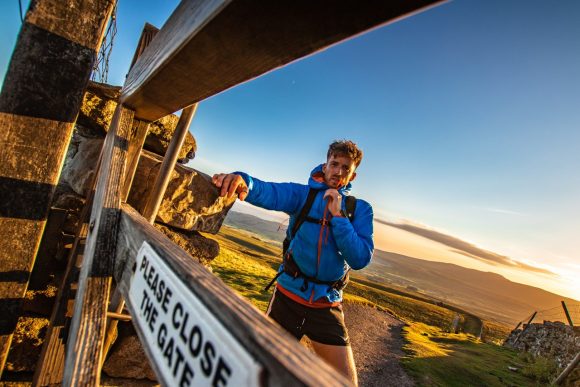 Davis, who decided to take the challenge after suffering with a period of poor mental health himself, said: ‘I very quickly went from feeling a bit down to locking myself away for days on end.

‘I would break down and cry without warning. It severely affected me. I want to do my bit to acknowledge that blip in my life and let people know they are not alone.

‘I’m really hoping that it will encourage more men to talk about their mental health with friends and family. Let’s all look out for each other.’

Donations can be made via www.justgiving.com/fundraising/runningyorkshire.