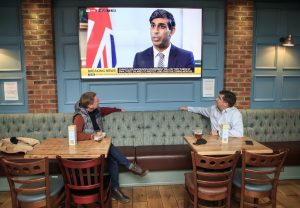 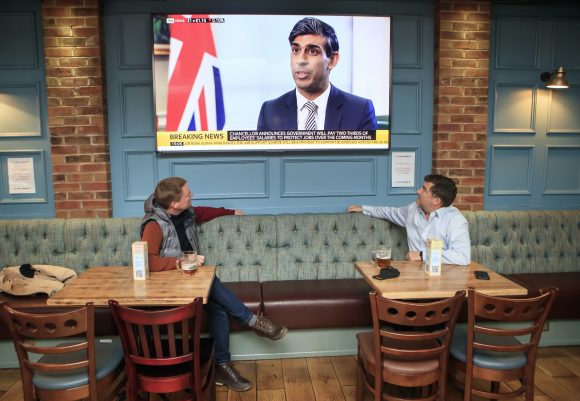 In the Commons, the Chancellor revealed the government will pay two thirds of the wages of staff in pubs, restaurants and other businesses if they are forced to close under new coronavirus restrictions.

Although it is unlikely that retail will be forced to close under the new restrictions, car dealers will want to know what support is available to them should conditions worsen.

Car dealerships were included in the first national lockdown and were shut for 10 weeks. Bosses used the first furlough scheme extensively with most placing all but a handful of staff on the scheme.

Here’s how the Mk3 furlough scheme works, or more commonly known as the Job Support Scheme.

How does it affect car dealers?

Well, the business has to be forced to close by local lockdowns or restrictions to make use of the scheme.

Currently those look likely to be just pubs and restaurants in a new tiered system being unveiled on Monday.

However, it could be extended to leisure facilities and more widely to non-essential retail if cases really get out of hand. If the latter happens, that will include car dealerships and they’ll be able to make use of this scheme.

What does it mean for employees?

Staff who are forced to be off work for more than seven consecutive days because their workplace closed due to government restrictions will get part of their salaries covered.

Employers are not required to contribute towards wages, but will be asked to cover national insurance and pension contributions.

The new policy sits alongside the Jobs Support Scheme, which supports staff who are not able to work full time because their employer faces low demand.

How long will it last?

The scheme launches on November 1, and will continue for six months after that.

Do businesses that can offer delivery qualify?

Yes, the government said that it would cover businesses that are required to provide only delivery and collection services from their premises.

Is there any other help for firms?

There is. Businesses will be able to apply for grants to support them with fixed costs, such as rent. The grants will reach up to £3,000 per month, depending on the rateable value of the property, and will be paid every two weeks. Previously businesses were able to claim up to £1,500 every three weeks.

Companies will still be able to claim the £1,000 per head job retention bonus for employees they bring back off furlough and keep on the books until the end of January.

Why has this been announced now?

With further local and national restrictions already in place, or likely to be announced in coming days many businesses and staff across the UK need support.

The Labour Party and other critics have been calling for what amounts to an extension to furlough for several weeks.

Does it help the self-employed?